The Socceroos have landed in Russia after a long 30-hour journey from Australia and now have their sights set on their opening game opponents Germany.

Australia faces world champions Germany in their Confederations Cup opener in Group B on Tuesday morning (1am AEST) in Sochi.

Ange Postecoglou’s side head into the clash as massive underdogs, having been humbled 4-0 on home turf by Brazil on Tuesday.

Dylan McGowan, who debuted in that fixture, insisted Australia wouldn’t be overawed taken Germany, who are currently ranked number three in the world.

“Germany is just the first stop on this tour,” McGowan said. “Hopefully we can get three points.

“It’d obviously be nice if we can get off to a win.

“The boss will set us up how we always do and prepare against any opposition.

“That’s to go out and play our football, take the game to them.

“I have every confidence the team the boss picks, will do the job.” 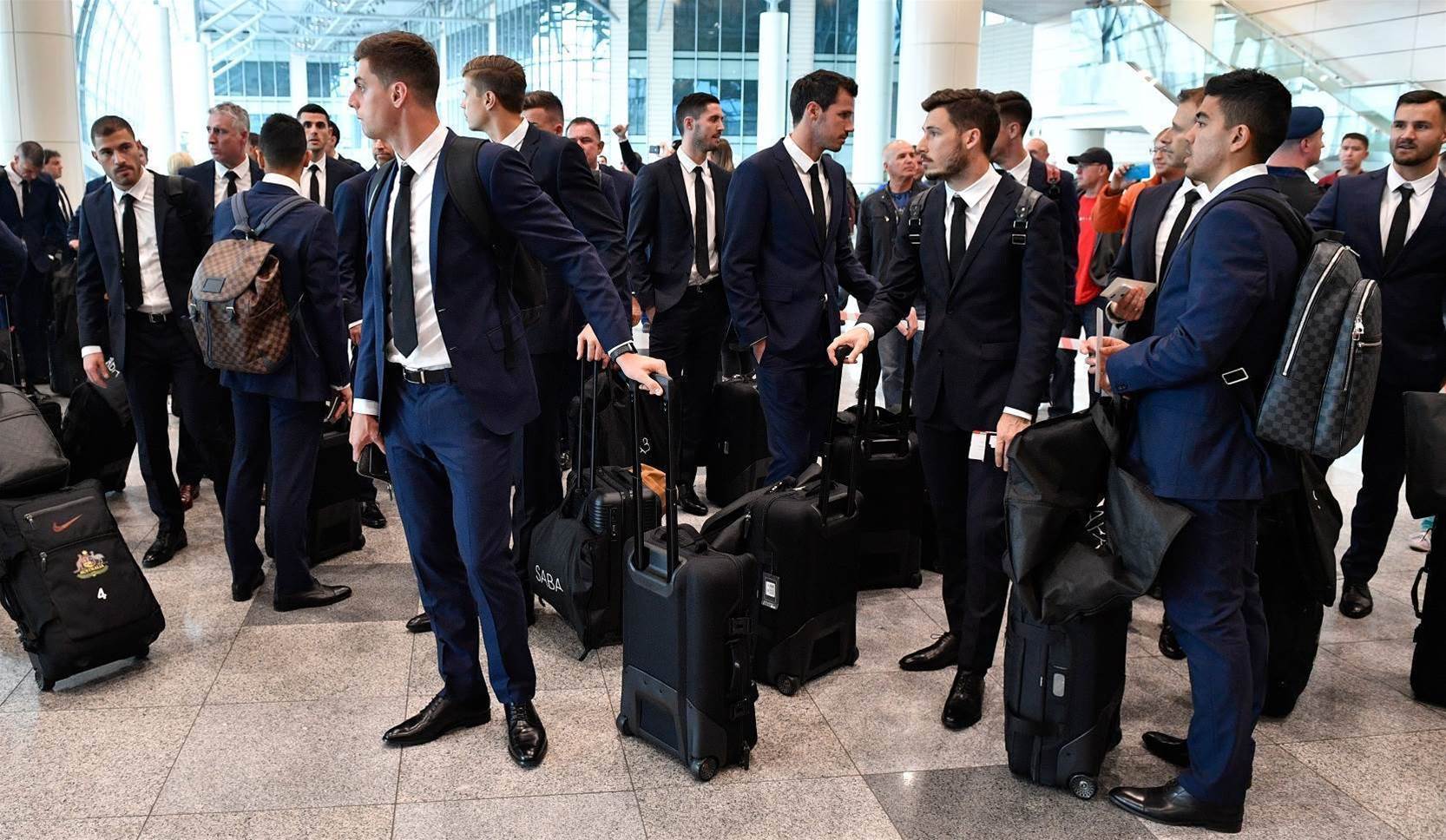 The Socceroos have touched down in Russia

Pacos Ferreira defender McGowan labelled his Australia debut the “biggest point of his career so far”.

He was also cool about his chances of featuring in Russia.

“It’s now a case of building on it and if the boss needs me, being ready and prepared to help the boys,” he said.

“Once you get a taste you want a little bit more. I’m fortunate to be in this camp.

“It was in Melbourne where I was born so my home town and against Brazil it’s an honour,” Hrustic said.

“The biggest honour is wearing the green and gold.”

FC Groningen winger Hrustic previously spent time with Schalke 04 in Germany and recognised the side’s threat, despite being without a host of rested stars, including Mesut Ozil, Thomas Muller, Manuel Neuer and Toni Kroos.

“Germany have come here with a young but strong side. They’re obviously playing to win it like we are.” 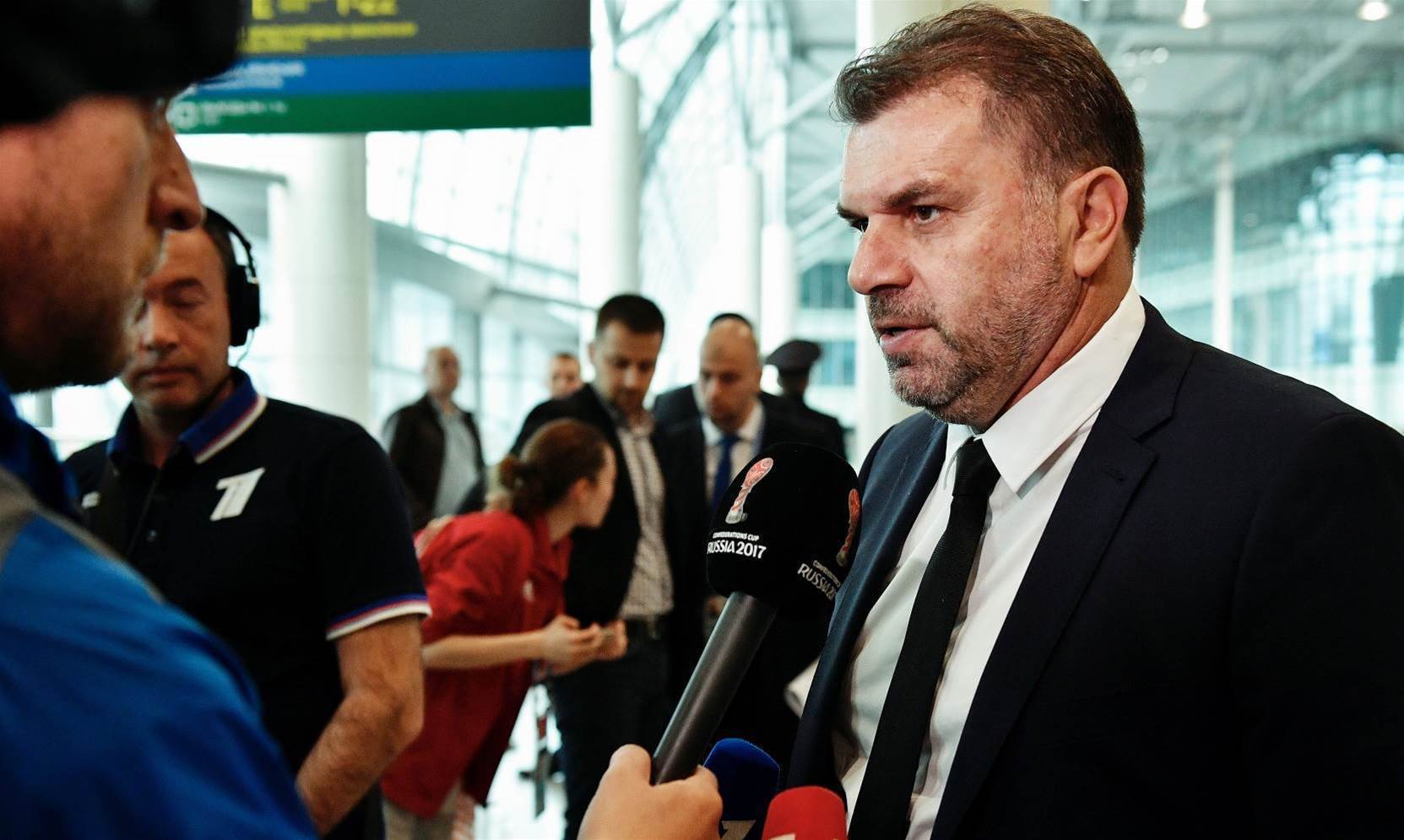 Postecoglou speaks to local media in Russia upon the side's arrival