Defender Kye Rowles has been lauded by Socceroos teammate Bailey Wright after his impact in Australia's World Cup play-off triumph in Qatar.

Rowles departed for the Middle East without a cap but will return to Australia having played all three of Australia's fixtures, including the play-off wins over the United Arab Emirates and Peru.

âœï¸ Hearts have agreed the transfer of @Socceroos defender Kye Rowles from @CCMariners, subject to visa approval and international clearance.

Wright, who debuted for the Socceroos back in 2014, said the two young defenders were examples of the talent that has been blooded during Australia's campaign during which coach Graham Arnold called up 48 players, 17 of those debutants.

"Kye, stepping in, making his debut the other day and playing in these games, it's a credit to him," Wright told the Australian Associated Press.

"He's taken it in his stride. His maturity, his quality, he's got a big future ahead of him and so does Nath.

"We've got a lot of good young players coming through.

"As a team we've got all them little ingredients, that togetherness, that's really galvanised us to make sure we get the best out of each other regardless of how many caps we've got, how many games we've played, what age we are.

"We don't care. We're there to do a job for ourselves, for each other and we can rely on one another and that goes a long way."

Solid at the back? That's just how he 𝙍𝙤𝙬𝙡𝙚𝙨 😎

He arrived in camp after securing promotion with English club Sunderland via the League One play-offs last month while the matches in Qatar were his first for Australia in over two years.

After missing out on the 2018 World Cup squad despite being part of the team which defeated Honduras in the play-offs, Wright is eager to continue his run to ensure he doesn't miss out again.

"Nothing's guaranteed in football," he said.

"You've got to enjoy moments like this because I've been here before.

"I've qualified and not been part of a World Cup so I take massive satisfaction in qualifying for a World Cup. Means a hell of a lot to me and what I've been through to get here.

"I'm kind of pinching myself.

"I got promoted with Sunderland, qualified for a World Cup with Australia. Not sure if its sunk in yet.

"I'll certainly sit down my wife and my daughter in the next few weeks and see my family and really just reflect on everything that's happened because it's a good feeling." 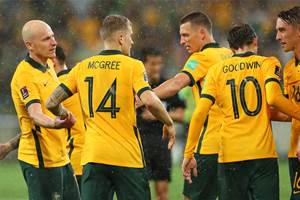 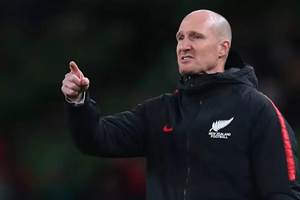 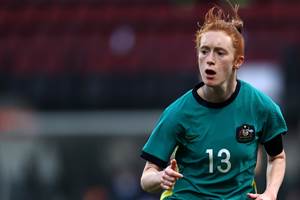