Mark Rudan hopes Qantas Wi-Fi is working on his flight today as Wellington Phoenix’s Finals fixture fate could be sealed as they fly over the Tasman.

In a nightmare for Rudan and his planning, his club doesn't know if they will host or travel to Australia for their Elimination Final next week.

That could be decided today when Adelaide United face Brisbane Roar at Suncorp.

There is just one point between Phoenix and Adelaide on the ladder.

So, finishing fourth or fifth is still up for grabs and a win for the Reds will seal a home final for them.

A loss or a draw for Adelaide opens up the possibility of Phoenix jumping ahead of them and confirming a hugely advantageous home final.

But, the Phoenix squad are set to be in the air between Wellington and Australia during the second half of Brisbane’s home match against United.

Phoenix fly from Wellington at 5 pm local and the game kicks off at 4 pm NZ time, so Rudan and the team may watch the first half from the Qantas lounge.

By the time they arrive in Australia - or if WiFi is working on board - they’ll know during their flight whether they go to Adelaide to face the Reds or need a win in Perth to host themselves.

“So Qantas, up your game with the Wi-F so we can watch it live,” said Rudan, half-jokingly.

So, Rudan has to plan either staying in Australia for an away final - given the distance from Perth to Adelaide is only about two hours - or flying home.

But with Phoenix set for a mammoth flight today to WA against the recently crowned A-League Premiers, you could not get a more difficult week to plan for Rudan and his team.

“We’re expecting Perth to be at full strength, knowing they’ll have a week off after," Rudan said.

“It’s all about a game plan for us,” added Rudan.

“And that our performance is still solid."

Games being played at the same time on the final round of the season is something some have suggested would be fairer.

Though, it’s not that easy given the various time zones in Australia and New Zealand.

“That the A-League, I guess,” said Rudan.

“It’s nothing new. I’ve got to be careful [what I say] because of my ex-employer Fox Sports.

"They are the ones that set the tone and organize everything," he added. 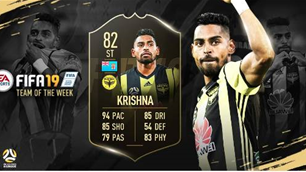