According to The Herald in Scotland, the Russian Premier League club is preparing a £9 million bid for Rogic.

However, it has been reported that Celtic are unwilling to consider any offers less than £15 million for the Australian.

Rogic, who joined the Scottish champions from Central Coast Mariners in 2013, still has four years left on his deal in Glasgow.

The 26-year-old reportedly came to the attention of Zenit when Celtic played against them in the Europa League in February last year.

Rogic has previously also been linked with interest from English Premier League sides Leicester City and Southampton since May.

The 26-year-old has spent six years with the Bhoys, scoring 23 goals in 101 appearances. 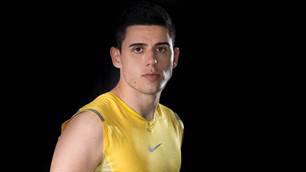