Australian Mat Ryan has been named as the best value for money goalkeeper to sign to the English Premier League last season.

Bookmaker bwin has analysed the value for all signings made in the Premier League for the 2017-2018 campaign.

It found that Ryan, who joined Brighton & Hove Albion from Valencia last year for a club record fee last year, represented the greatest value for the amount of saves he made compared to his reported transfer fee and wage. 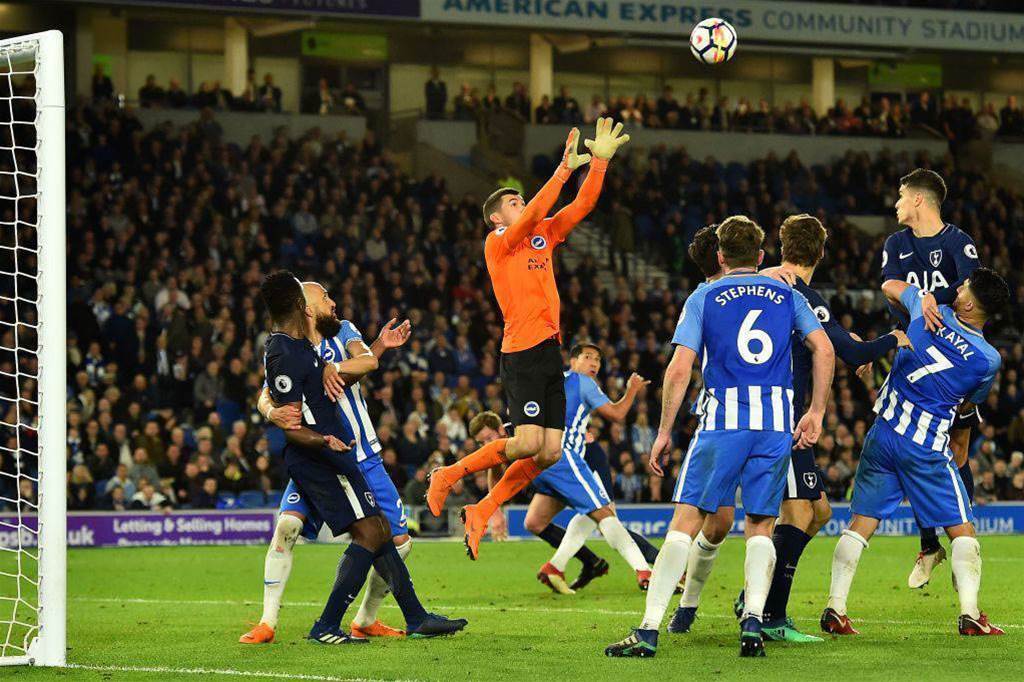 Ryan in action against Spurs

bwin stated that each save the Socceroo made during the season cost Brighton less than £60,000.

Ryan made 38 appearances for the Seagulls, recording 10 cleansheets and conceding 54 goals, for an average of 1.42 goals per game.

The 26-year-old made the third most saves in the Premier League last season with 124, behind Stoke City's Jack Butland with 144 and Swansea City's Lukasz Fabianksi with 137.

Ryan helped Brighton avoid the drop in its first year back in the top flight after promotion.