Mat Ryan can hardly believe that all those years after watching Thierry Henry and co as an Arsenal-supporting kid back in Australia, he's now become a Gunner.

Overjoyed Australian goalkeeper Mat Ryan has hailed his move to Premier League giants Arsenal, the team he supported as a kid back home, as "surreal".

The 28-year-old Socceroos 'keeper has ensured there'll remain an Australian playing presence in England's top-flight with his loan transfer from Brighton & Hove Albion until the end of the season.

Ryan will effectively be only a back-up to first-choice Arsenal goalkeeper Bernd Leno, with Alex Runarsson set to head out on loan, but seems sure to be plunged straight into the Gunners' squad for their FA Cup fourth round tie against Southampton.

Yet in his first interview with Arsenal's official website, Ryan made it clear on Friday that he has not gone to one of the world's biggest clubs merely to play second fiddle.

"I've never been a goalkeeper where I've liked to sit on the bench," Ryan told www.arsenal.com.

"I'm sure every goalkeeper says that, but I've come here under the circumstances where Bernd has obviously done a great job for the club in his time since he's arrived and he's a very top-quality goalkeeper.

"But I believe also that I've shown that in my career until now also and I'm looking to come in here and push him and him push me.

"We'll try to get the best out of one another and to improve as individuals.

"If we can do that, then who's going to be getting the nod on matchday with the number of games that we have in all the competitions that we're still alive in?

"It's going to be who's in the best form and that's only going to help the team to perform better and to get better results hopefully."

Ryan sounds emotional about Arsenal being the team he always followed when he was growing up in Plumpton in western Sydney.

"There's still an aura of surrealness to it all, to be honest," he said.

"I'm really proud, it's great and it's hard to sort of put into words the emotions and feeling that this is becoming a reality.

"All those mornings as a young kid in Australia, getting up to watch the Champions League games and all that at four o'clock in the morning when I had school and these types of things.

"The support back in the Thierry Henry and Dennis Bergkamp days, to now be here fills me with a great sense of pride and achievement."

Ryan, a favourite at Brighton where he made 123 appearances, enjoyed a dignified departure with manager Graham Potter saluting him as "a great servant to the club".

But Arsenal, who know at first hand all about Ryan's quality having often been thwarted by the Australian in league matches, regard his experience and quality as a real boon.

"He brings additional quality to our squad," Gunners' manager Mikel Arteta said of the man who's been handed the No.33 shirt.

Ryan himself believes he still has much to offer his new side.

"I dedicate every aspect of my life to playing football and trying to win football games for whoever I am representing, be it the club or the national team in Australia," he said.

"My focus (is) to come in here and work hard, push each other and improve as a player and as a person.

"I have no doubts that I'm in the right environment to do that." 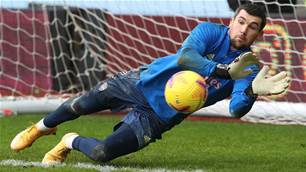 'Still a lot of the season left...' - Gunners' Ryan hasn't given up 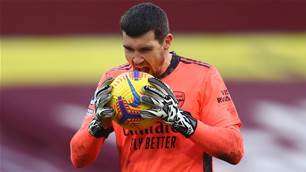 'I loved being out there...' - Socceroo Ryan shines in Arsenal debut