Mat Ryan says the Socceroos can be proud of the way they matched France at the World Cup.

Australia went down 2-1 in Kazan, but took the game to Les Bleus and never took a backward step against a high-quality opponent. A contentious penalty proved the ultimate difference in Russia.

“You look at the strike-force they possess, nearly every one of their players is playing at one of the biggest clubs in the world,” Ryan said after the match.

“But our defence limited their opportunities to pretty much nothing. It took a penalty and a deflected goal to beat us. There were a couple of dangerous moments and set pieces and maybe one shot from distance and that was pretty much it.

“Our defence was phenomenal. Today we set the benchmark and no doubt we have grown a lot from the performance." 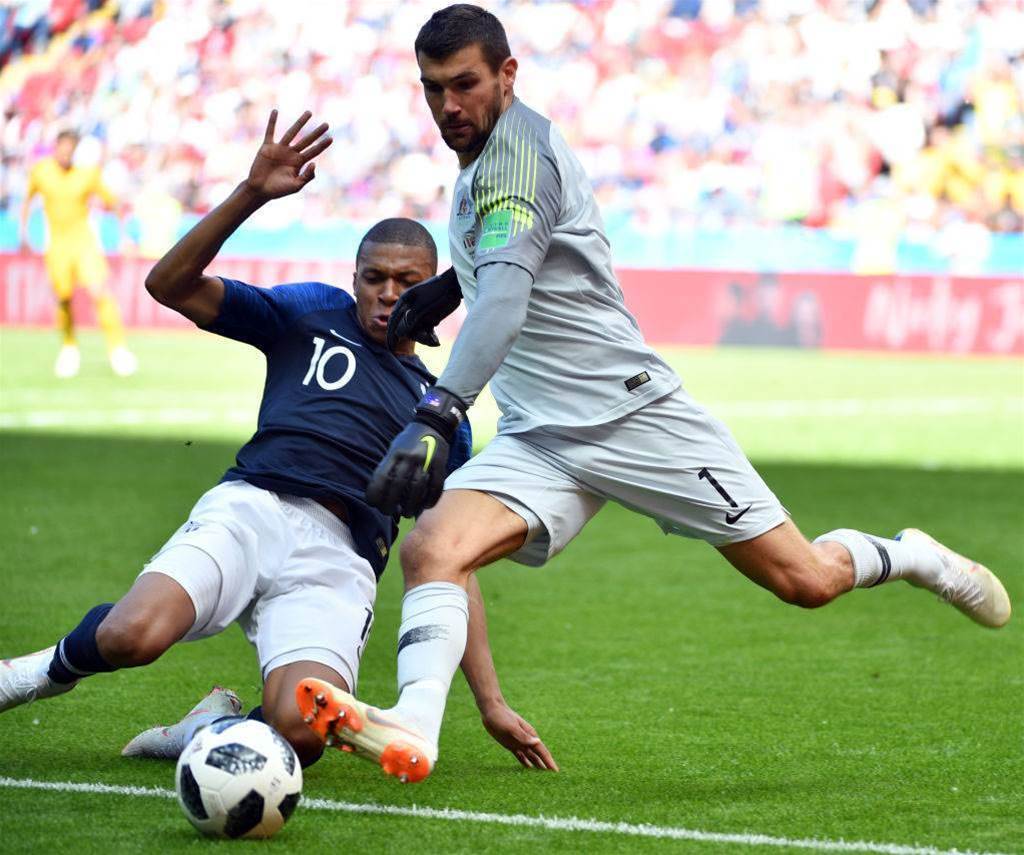 The Socceroos next meet Denmark in Samara.

“It’s about becoming a great team now and showing that consistency. We gave everything we had and now we have to do the same against Denmark," the goalkeeper said.

“We need to improve in some areas ... maybe maintaining the ball better in crucial moments but I’m proud of the guys.”