Perth Glory owner Tony Sage has responded to threats of legal action from the Professional Footballers Australia (PFA) players union by asking “what planet they are on?”

Glory stood down all of their players yesterday without pay as the COVID19 outbreak causes havoc on football around the country.
Sage, who has forked out over $30 million for the Glory since he took over as owner in 2005, urged the PFA and footballers to appreciate what was happening around them, explaining he was trying to do what was best by his club.
“Millions of Australians have lost their jobs, people are dying and we allow players to stay with their families until April 22nd?,” questioned Sage.
Perth's owner insists other A-League owners will follow suit in the coming days.
“All owners are agreeable. We at PGFC have so many interstate and overseas players. It gives them time to get home to be with their families before any Australian lockdown.
“That is the only reason we told players and staff yesterday. We understand all other clubs will do the same by 31st March.”
According to a media release by the PFA, they will consider taking legal action if the players aren’t immediately reinstated. This action will seek reinstatement of the players and a potential fine of $600,000 as per the Fair Work Act.
The A-League was one of the last major competitions to close down, making the decision to do so last Monday. Clubs have between four and seven games remaining in the regular season.
The Glory have seven games left and were sitting in fifth when the league was suspended.
FFA will re-assess the situation on 22 April. 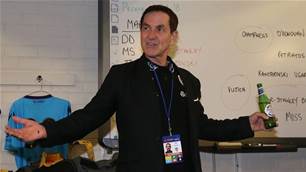