Socceroo defender Trent Sainsbury has reacted to comments made in the French camp about their exaggerations of fouls.

Mathew Leckie and many Australian fans have criticised Les Bleus for diving as the French prevailed 2-1 in Kazan on Saturday.

Socceroo fans have sent angry messages to Lucas Hernandez on Instagram as the Frenchmen admitted he exaggerated, but insisted it was “part of the spectacle”.

Sainsbury said the team had no control over the team’s tactics, but believed it was an indictment on the French.

“It’s not up to us, it’s up to the referee, we just try to stick to our game plan and our strengths,” Sainsbury said in Kazan on Monday.

“There’s nothing we can really do about it, if they’ve come out and said they went down softly, I guess that reflects on them and not us.”

Most of the reactions from Australia’s performance in the opening match was positive and they’re off to Samara to face Denmark on Thursday. 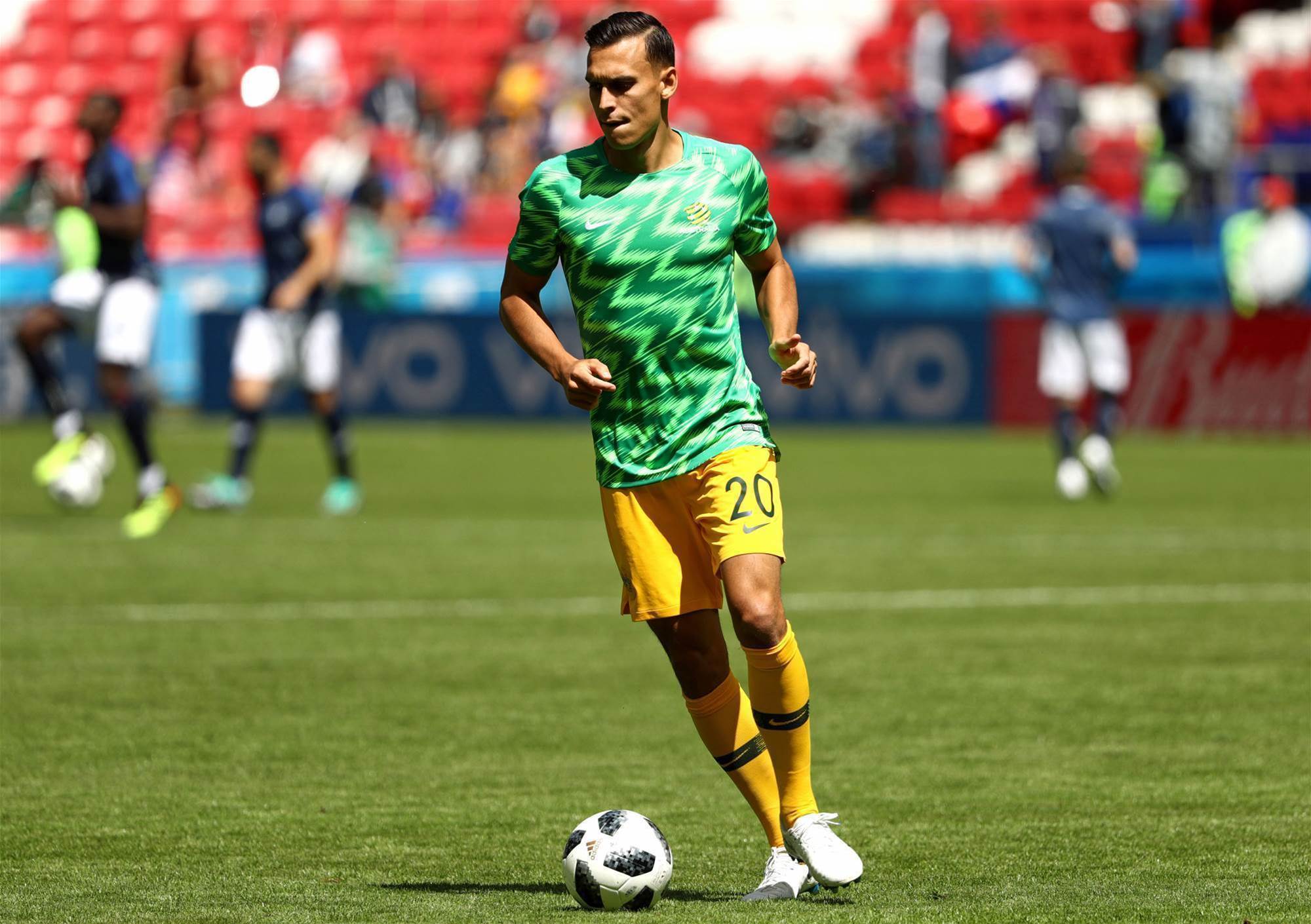 “Coming away from the France game, it’s refuelled us and we can tango with the best,” he said.

“I know the boys are running on a high at the moment, but I don’t think that’s going to change until after the last game against Peru and we’ll see where we are then.

“The France game was a good defensive display, even going forward, we played some nice football. The biggest thing for us is we know we can do better and that’s the biggest confidence booster we need.”

Tottenham Hotspur’s Christian Eriksen is Denmark’s highest profile player, however Sainsbury said it would be dangerous to focus solely on the playmaker.

The Danes have players from Spain, Italy and Germany in their squad.

“They’ve got a great team of players, not just an individual player, they’ve got players playing at top levels around the world,” he said.

“It’s not just one threat and the coaching staff will provide information on the players if we need it.”

And from Kazan, Russia base for the Socceroos, the latest podcast from 442 FM...

Socceroos to seek some playoffs momentum