Roque Santa Cruz is hoping UEFA allow Malaga to play in Europe next season if they qualify by virtue of their league standing.

The Spanish side were suspended from playing in European competition for one year any time over the next four seasons.

Malaga could still finish fourth in La Liga and the Paraguayan hopes UEFA would reverse the ban as he feels the club would have earned the right to play.
"I think it has been really difficult to again be fighting for a place in the UEFA Champions League," Santa Cruz said.
"Our chances are limited, we can maybe expect to finish fifth, but while there is still a chance to be there we are going to keep fighting to be in that position.
"I think he (Manuel Pellegrini) is doing a great job, and the people and the players value him. I hope UEFA would ratify it (playing in Europe).
"It's never easy in a situation like this, but to not play in Europe after a very good year would be very unfair considering the sacrifices the team have made."
The former Bayern Munich player admitted that it can be difficult at the club considering the financial problems but the players just try to concentrate on the games.
"I think that, most of the time, when you are playing the game makes you focused," he added.
"But there are some days that it's difficult because everybody knows the circumstances that we are working under here.
"It can affect you between games, but the team have managed to do great things and it is something you have to appreciate."
The 31-year-old says he is enjoying his time at Malaga and enjoys playing in La Liga but concedes he may have to explore other options if the club can't afford to renew his current deal.
"At the moment, I am very happy here. I am enjoying football here in Spain, and at the moment I feel fit enough to keep playing at this level," Santa Cruz commented.
"(But) as I finish my contract at the end of the season, and considering the difficulty the club is facing my agents are considering other options in case I can't continue here.
"They have been in Brazil and there is interest from some clubs, but at the moment it is just interest nothing more. I am focused on Malaga and looking forward to finishing the season in the best position we can.
"I will have to make a decision when we know the punishment for the club and we know what conditions the club will be working under next season." 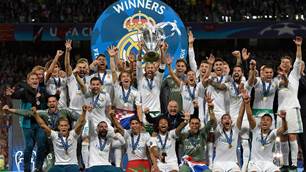 Optus vow internet problems are solved as they go into Europe