If you’d put a bet on Brendon Santalab AND Carl Valeri playing alongside each other in a relegation scrap in Melbourne’s Dandenong over winter, you may have got some attractive long odds.

And you'd have won big.

In a matter of days, Santalab, 36, went from playing his final game as a professional in front of over 55,000 fans in sunny Perth at the flash new Optus Stadium to a few hundred rugged-up hardcore faithful in NPL Victoria’s winter competition, playing for NPL strugglers Dandenong City.

A-League Grand Final to NPL relegation dog fight all in one week.

As the aroma of fresh cevapi wafts onto the pitch and burly NPL defenders kick lumps out of him in a freezing Melbourne winter, it’s a big change for Santalab, who’s been a professional footballer for almost 20 years.

But he wouldn’t have it any other way. 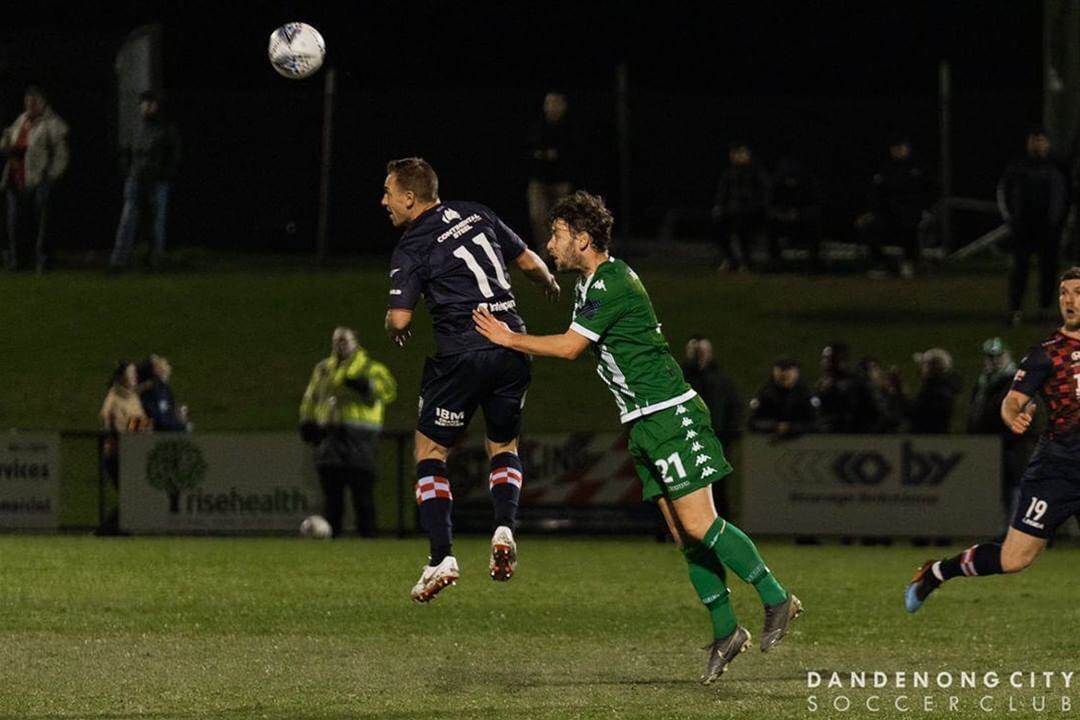 Santalab has never been scared of a challenge: from China to Hungary, Singapore, and Belgium, Sydney to Perth, he’s enjoyed the challenge that different teams and leagues bring.

An invitation from football journalist and Dandy City backer Dave Davutovic allowed the striker to immediately get back on the football horse after his - and Glory’s - grand final heartache in May.

Though it’s been an eye-opener of sorts, even for Santalab, whose first game was against the league leaders.

“The NPL, it’s very fiery. Some of the tackles were brutal. Even some cheap shots coming towards me,” Santalab tells FTBL in Melbourne.

“It was ‘Welcome to the NPL, Santa!’ from a couple of the Avondale players. My introduction to the NPL was a very tough one. All we did was defend pretty much the whole game.

“We played the league leaders Avondale and we were able to secure a 0-0 against the table toppers.

“I went into my first game knowing it would be difficult. Stepping down from A-League to NPL has been a great challenge.

“But we had a good laugh about it after the game. And actually, the respect I’ve been given from players has been overwhelming.

“After games, players coming up to me congratulating me on my career, and from these guys who do it tough in the NPL, it’s an honour to have that respect.”