Well, it’s Adelaide United, again, and that must mean we’re out here at AAMI Park.

One would forgive Scott Galloway’s thoughts for drifting away to Bill Murray’s Groundhog Day in the coming days, with the former Adelaide United right-back – just two weeks into the regular season – getting set to meet his former club for the fourth time this season.

City and Adelaide met twice during the A-League pre-season, winning at each other’s ground, and are set to meet in the final of the FFA Cup next Wednesday.

Before then, the two sides will meet in the second round of the A-League season at AAMI Park on Sunday evening; Adelaide United looking to bounce back after suffering a 3-2 defeat against Sydney FC in the season’s opening game and City coming off a somewhat dour 0-0 draw with cross-town foes Melbourne Victory.

24-year-old Galloway, who officially debuted with his fifth A-League side in that draw with Victory, experienced a breakthrough year with the Reds in 2018/19; starting and scoring on debut after initially joining on trial and starting every game across all competitions.

Lifting the FFA Cup in front of a raucous Adelaide crowd against Sydney FC during that stint, the right-back had fond memories of his time in the City of Churches; memories that he’s had plenty of chances to relive in the early months of the season.

“It’ll be the first time we’ve played them competitively,” he said of Sunday’s game.

“We’ve played them two times in the pre-season. Australia, it’s small and there are not many teams so everyone really plays each other most of the time in pre-season.

“We play them twice in two massive games right after each other. We want three points in the league to really kickstart our league campaign. They set up well, they’ve got some good players, but we just concentrate on ourselves and we know what to do.

There will, however, be no looking forward to the FFA Cup final according to Galloway – despite his excitement for the fixture.

“There’s something bigger for us in getting the three points and winning the cup.”

“You want to win every game you play in, so we take it one game at a time, the coach, he’ll make the decision on what he’s going to do coming into the first game – if he’s thinking about the second one or not – us players just get along and we want to win regardless of who is playing and what games you want to win.

“For me, it’s going to be very exciting. I’ve already won two cups – one at Victory and one at Adelaide – but I actually played in the one in Adelaide.

“To go back to the place at the place I won it last year and try to take it away from them now it's going to be great. It’s a fantastic place to play, the atmosphere is unbelievable.

“But if you’re the travelling team going there and you get the win, it’s not going to be that loud.

“You’ve got to concentrate on the game, you can’t let the fans or the atmosphere get to you but you definitely need to take in the occasion; it’s something special.

“All footballers play to win silverware and play in finals. It doesn’t really happen all that often for everyone, so you need to enjoy the occasion and make it a memorable one and win it.” 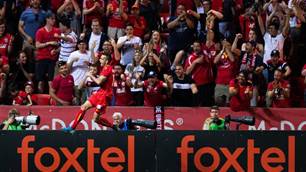 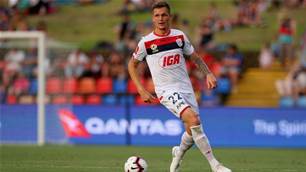 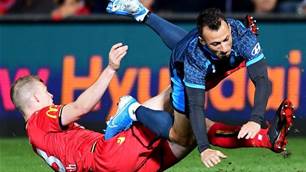