It was a successful weekend for Cameron Devlin and Martin Boyle in the Scottish Premiership. Tom Rogić, Ange Postecoglou and Ashley Maynard-Brewer ended with less favourable results.

Cameron Devlin joined Scottish Premiership side Hearts of Midlothian ahead of their season, after the club paid his buyout clause from the Newcastle Jets.  The young defensive midfielder made his club debut last week against Ross County.

This was the first week though that Devlin played at home in front of Hearts fans at Tynecastle Park. The game saw Edinburgh club get their first top flight win against local opponents Livingston in fifteen years.  It propelled them to third in the ladder.

While the goals came from Michael Smith, Liam Boyce and Alex Cochrane, it was Devlin's calm, unflappable performance that stuck out to the home fans who are quickly taking to the Aussie.  According to the Edinburgh Evening News, the Hearts supporters even taunted opposition players by chanting "you're just a s***** Cammy Devlin."

Elsewhere in the Scottish Premiership, Martin Boyle also had a nice weekend with club Hibernian. He extended his scoring streak to eleven in all competitions this season, putting in the game winning penalty against St. Johnstone in the 61rst minute.

With six goals in seven Premiership games, he sits a top the league's Premiership top scoring ranking. Hibernian are second in the ladder, one point behind Rangers.

Ashley Maynard-Brewer returned in goals for Ross County, with whom he is on loan from Charlton Athletic.  In his second appearance for the club, they lost 2-1 over the weekend and remain eleventh in the ladder.

Ange Postecoglou's issues with Celtic continued after they tied Dundee United at home. The game which saw fellow Aussie Tom Rogić play 90 minutes finished 1-1 with goals in the first half from Liel Abada and Ian Harkes.

Celtic's position in the ladder did not change with this draw, remaining sixth out of twelve in the Scottish Premiership.  Speaking after the match Postecoglou counter attacked critics, stating they were "trying to push me off some sort of ledge."

Celtic meet Leverkusen at home mid-week, in their second Europa League group stage game.  The remaining Scottish based Aussies next play in match day 8 of the Scottish Premiership next weekend. 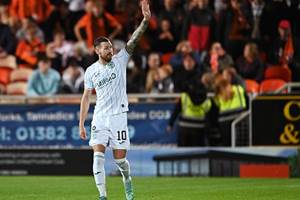 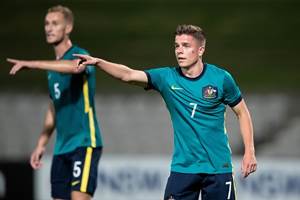 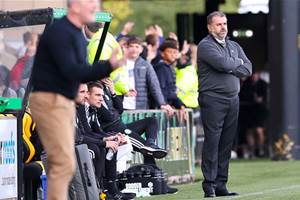