Though by rights, the pacy attacking midfielder should be a professional footballer in the A-League.

Instead, he’s a semi-pro in Victoria’s NPL, working days and training nights.

Happily, for the intelligent 27-year-old, he’s content with how life has panned out.

Blumgart, however, like so many talents in this country, has been squeezed out by lack of opportunity in the A-League, forced to grind it out in the NPL or chase contracts overseas as trialists.

For Blumgart’s generation of Australian talents, a second division may have come too late for a final last chance at professional football.

The attacking midfielder will be around 30 years of age when the mooted second professional league - dubbed the Championship - kicks off in the next two or three years.

His story, however, is depressingly familiar.

He was on the cusp of making it in the A-League but that pro deal never eventuated (at Melbourne Heart), and he dropped down to the NPL.

The guru of coaching Ron Smith was so impressed, he selected him as one of the four Australasian talents for Nike’s Chance 2011.

And in London for the global finals, a team of world-class coaches picked up on his talent and identified him as a potential professional.

Nike’s The Chance was a global search for unsigned, young talent with 100 trial winners from 47 countries – including Australia and New Zealand - gathering for four days of training in London next month. They were assessed for eight professional contracts at the Nike Academy in London where they’d learn from top-level coaches, train like pros and play a full season of football in the UK under the eyes of EPL scouts.

Blumgart, then 18, was one of four locals - Socceroo and Celtic player Tom Rogic was another - picked after a random letter in his letterbox suggested he try for The Chance.

The Caulfield lad made it to the final 32 after being, essentially, a park footballer in Melbourne.

It was an extraordinary rise and it helped him find a spot on the fringes with Heart.

Rogic was one of the eight eventual winners picked to train at the Nike Academy. 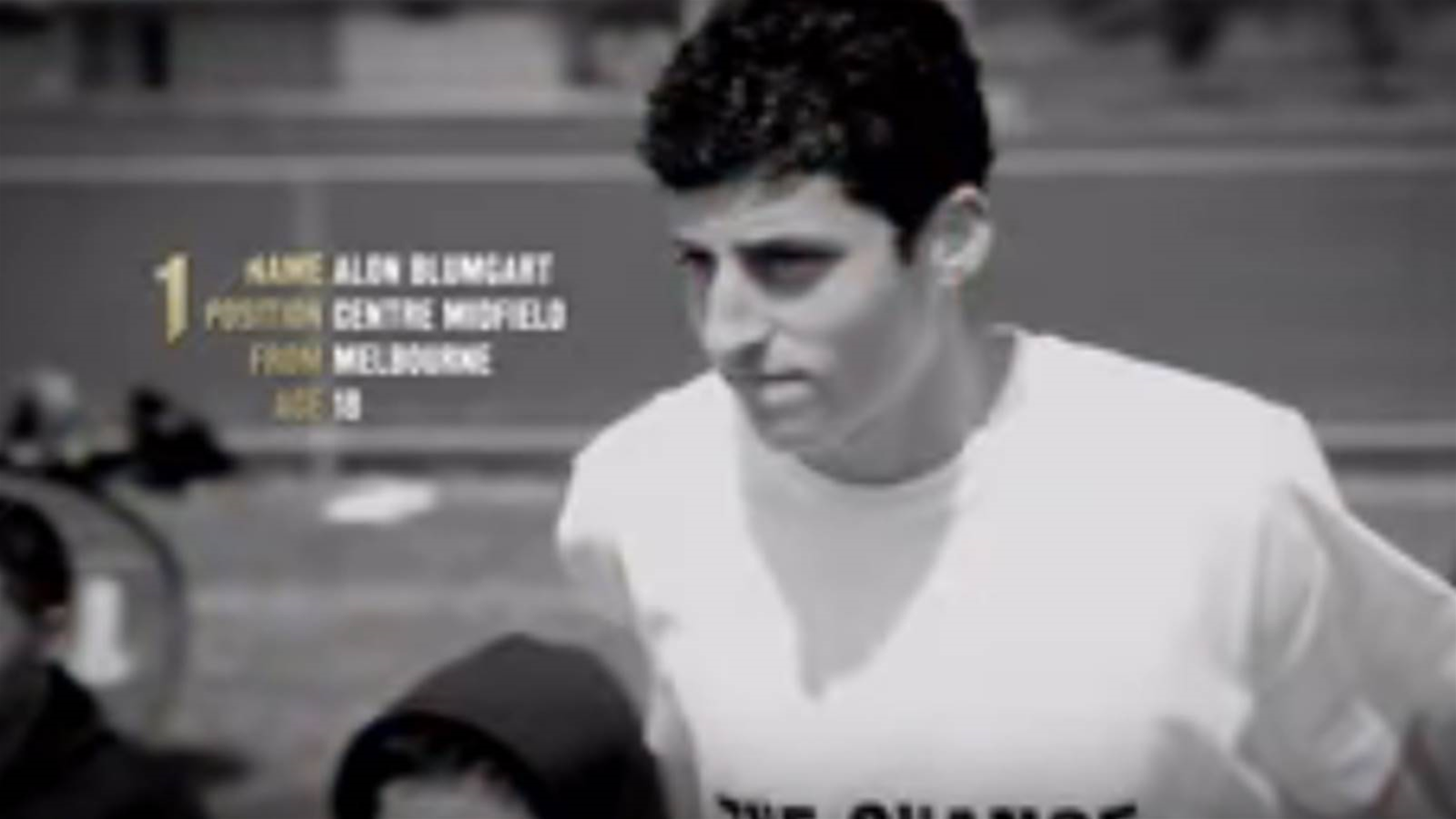 It was the leg-up needed and he went on to play at a World Cup with the Socceroos and Champions League with Celtic.

But with such a small league, alarming numbers of potential professionals drift away from the A-League.

"I think we all agree that the talent identification in Australia – while it’s getting better – it’s certainly not foolproof. A lot of quality players for many reasons can fall through the cracks," John Didulica, then of Melbourne Heart, told FTBL after Blumgart trained with the club.

"We need to make the player pool bigger and bigger rather than smaller."

Blumgart returned to Melbourne, Heart never offered him a deal and he ended up in the NPL with Green Gully and latterly of Dandenong Thunder.

Life’s good for Blumgart, and he has some sage advice to the next generation of would-be professionals.

“If you genuinely want to make it,” he tells FTBL in Melbourne, “you need to spend hours refining your skills when no-one is watching. Take things upon yourself.

“Just decide on what you want and be clear on that. It’s very easy to talk about wanting to be a professional, but it’s another thing doing it.

“If that’s genuinely what you want, and you’re a half-decent player and you’re in the mix, then if you float around to enough countries and trial enough times, someone will take you.

“It’s just a shame there’s a lack of opportunity in Australia. Getting a look-in at an A-League club, the chances are very small.

“Know what you want. Think about it, because it’s not as glamorous as people imagine. And football isn’t enjoyable most of the time. It can be a grind. It’s just those special moments that keep you going.”

Blumgart’s studies have underlined to him the importance of a backup plan for footballers.

“I was realistic and knew I wouldn’t be at the very highest level like La Liga or the EPL," he said.

“I remember speaking with one of my mentors, Roddy Vargas, and when he dropped down to semi-pro, his family was growing and he realised he had to find another job.

“A lot of those guys had never written a CV or been in a job interview before. Luckily he’s in coaching now.

“What if you never developed those life skills? No-one talks about when you’re out of the limelight.

“A lot of players talk about depression, and I felt defined by football which is a massive pressure.

“That’s why I took a break mid-season to find the passion again, and I’m comfortable with this break.

"Many NPL players say they are defined by football. You’re so scared of stopping, and scared about what people think – and I’ve been in some really dark times.”

Losing a chance to sign with Heart hit Blumgart hard, despite being on a high post-The Chance.

The 18-year-old, who was and is super quick, was training with the first team. But physically, his development was stunted, which didn’t help.

“I knew everything was coming to an end, I wasn’t getting a look in. And I’d have to drop down to the NPL.

“It was really hard. I thought I may have cracked it. I was on the cusp.”

Didulica added at the time: “Alon hasn’t really played at an elite level or being part of a formal representative structure.

"He’s just played for his school team but watching him now against South, he played in the centre of midfield and Alon was sensational."

Alon adds today: “It was crazy, I came to Heart from U18s purple league at North Caulfield.

"I remember my first intra-club game at Heart, it was so, so fast and physical against full-time pros.

“Coming back to Australia after The Chance and having that little bit of celebrity status was nice… and I made my parents proud of me.

“It felt good, and what’s cool about it was that Messi was on the cover of the FourFourTwo magazine with your story about me, Aido.

“But that whole Chance thing was the start of my NPL journey, which has been a slog.”

A second division will double the opportunities with around 24 professional clubs looking for talent.  It’ll be a game-changer when it finally comes in around 2021 or 2022.

Perhaps a little too late for Blumgart and others who've been squeezed out, but who knows, this story could still have a beautiful football fairytale ending.

Blumgart signs for a second division club and in his 30s goes on to fulfil the potential he showed as a teenager with The Chance and lights up the professional ranks.

But for the moment, though, naturopathy and NPL take his focus...