Sermanni led the Matildas from 1994-97 and again from 2005-2012, including claiming the 2010 AFC Women's Asian Cup while bringing through the likes of Sam Kerr, Caitlin Foord and Emily van Egmond.

In his new role, Sermanni will oversee the Wanderers' A-League Women team and development programs and develop the club's recruitment strategy.

"This is a great opportunity to try and build up and contribute to the women's element of the club," Sermanni said.

"Western Sydney is a hotbed for football and hopefully we can really build a strong women's space here.

"I want to get in there and get things done, it goes all the way from helping strengthen and develop A-League Women's team to actually looking at the future of the club.

"Hopefully, we get our club set-up in the women's space the same as the men's space where there is an academy and pathway for young girls in Western Sydney to come all the way through from a young age, to actually then play in the A-League Women's team and hopefully then go on to play for the Matildas."

The Wanderers have only made the finals once, in 2019-20, and finished ninth of 10 teams under first-year coach Catherine Canulli this season.

They have also struggled to consistently bring through young talent to a top-tier or Matildas level.

"We are proud to have Tom at the helm, overseeing our women's programs at the Western Sydney Wanderers," general manager Scott Hudson said.

"Tom has an extensive resume working with some of the giants of women's football both internationally and domestically, and we welcome his knowledge, experience and passion as we lead into our next decade of football." 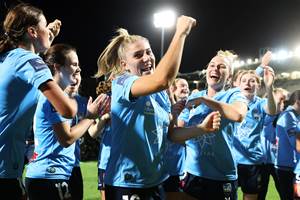 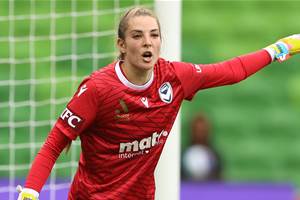 Jeff Hopkins and Casey Dumont combined for A-League Women glory back in 2008 and their careers continue to intertwine 14 years later in a grand final.

The full A-League Women's schedule can be found using this link.

Wanderers suffer A-League thumping at the hands of Canberra