CANBERRA United will continue their pioneering partnership with Coerver Coaching into the next season of the W-League.

The club took the innovative step of introducing the specialist skills sessions for its elite female players in season four.

Wednesday night training sessions for the outfit became all about refining skills, ball mastery, the first touch and positioning.

“But what the Coerver program does is help to refine those skills and to reinforce best practice on what players do.”

More than that, Coerver Coaching Asia Pacific director Jason Lancsar said it proves once and for all the internationally-endorsed program is not limited to children.

While Australia has been slower to grasp that message, Lancsar sees teams like Canberra United paving the way ahead.

“In (Canberra United) you’ve got girls who have played 60 to 70 times for the national team, Olympic Games and World Cups,” he added.

“Yet they can still improve with the Coerver method which I think puts to bed any notion that the program is just for kids.

“But in saying that in Europe they already know because we work with pro clubs like Newcastle United, Arsenal and Bayern Munich.”

And it’s not just pro-players reaping the benefits.

FourFourTwo Performance is the global presenting partner of Coerver Coaching’s Youth Diploma – aimed at coaches looking to fine-tune the next generation of budding stars.

And FourFourTwo Performance Coerver Coaching skills clinics for 8-15-year-olds will also be held in Sutherland in NSW for the first time during the April school holidays in 2013.

The diploma course in youth development could just be a godsend for the army of volunteer coaches who wing it every weekend with their young charges.

“We run them all over the world,” Lancsar said of the diploma course. “We ran one in Canberra, we had one in Cairns and we’ll run one in Sydney later this year.

“Mums and dads, teaches, coaches - they come to the course and then use what they’ve learned with their kids the next day.

“The skills they pick up can transfer straight away into practical use. It’s not rocket science. They can actually use it in a tangible way with the children.

“Let’s put it this way – a mum and dad who volunteers to coach children maybe twice a week and on Saturdays could come to this course and use the practices for a whole year.”

The course will provide invaluable insights into the Coerver Coaching method of instilling and creating exciting footballers who play with creativity, passion, speed and skill.

Coerver and FourFourTwo Performance are looking to hold further diploma courses later in the year. To find out more about both courses head to www.coerver.com.au 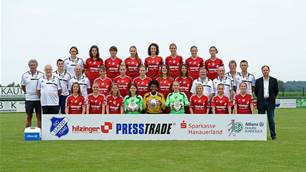