With a soul-destroying sequence of injuries finally behind him, the one-time Ballon D’or nominee and MVP at the 2015 Asian Cup is flourishing again for promotion-hunting League One side Sheffield Wednesday.

January’s Player of the Month for the Owls and named in two League One team of the weeks,  Luongo, 29, is firmly back in coach Graham Arnold’s crosshairs for the must-win clashes in Sydney and Riyadh.

Luongo, 29, is taking nothing for granted - but would relish a recall after so many setbacks, most notable of which was being selected for all the build-up games ahead of the 2018 World Cup in Russia without being granted a single minute at the tournament itself.

“I’ve been in a little bit of contact with the Socceroos physical conditioning staff (of late) - they keep a check on me,” 43-cap Luongo told FTBL.

“It’s been so long, I’m not expecting anything but it would lovely to get back involved again. It’s something that’s been missing.

“I don’t know what’s going to happen with that. All I can do is keep playing here, and keep playing well. Whether they want me or not is up to them.

“I look at football as all about momentum - I had that for quite a period with the national team.

“They stick with you because you’re there and they can build with you. On the flip side of that I’ve had an injury almost every single camp, excluding the one just gone in January, so I can’t really expect to much.

“Maybe they want to keep building with the squad they have and don’t want to mess things up. Do you take a risk with somebody else? Or keep doing what you’re doing? I don’t know.

“That’s up to the manager to decide - but I’d love a chance again to just go for it.”

Luongo still smarts from being left on the bench in Russia, after coming off an impressive Championship campaign with Queens Park Rangers.

“I thought finally this was my chance (to play at a World Cup),” he recalled. “I’d had a good year for my club and everything looked to fit the fairy-tale. I knew I’d have made an impact had I played.

“It was hard to take at the time - but I’m older now, a little bit of a different player and mentally I’ve moved on from that.

“I still think I have plenty to give, and can add a lot on and off the pitch.”

Luongo - who is off contract at the end of the season - has been influential as Wednesday have won four straight to move within a point of the playoff places.

“When I’m involved I think I create a better balance for the team and allow others to get forward and create things," he said.

“It’s a good fit for me here at the moment because there aren’t too many others (at the club) who do what I do.

“Maybe they’ve missed that a bit - I just need a run of games and I’m getting stronger with each one.

“Nobody is really talking about us (going straight back up) and that’s a good thing, but there’s a real belief at the training ground. We feel we can really push on from here.”

Will Luongo still be at Hillsborough next season? It’s not a question he can easily answer.

“The chairman runs everything contract-wise,” he explained. "A few players have started contract talks in the past month because they want to know what they’re doing next season.

“I’ve asked the question but they’re still in limbo with it all. There’s me and a few others in the same situation.

“I’m at a good age - I’m playing and playing well. I’m not worried because I could definitely go somewhere else.

“But it would nice to stay at a club where you’re comfortable and where you still have ambitions.

“But right now I don’t know what’s going on with my future. I’m just trying to enjoy and get the most out of every game.” 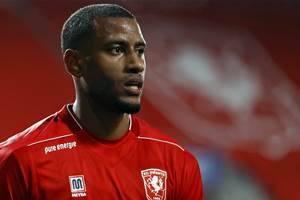 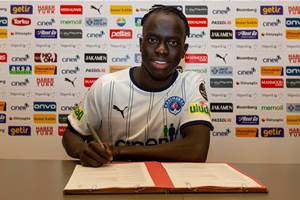 Socceroo and Danish Superliga midfielder Awer Mabil is heading to the Turkish Süper Lig on loan.