The 19-year-old France-born youngster set up both of Zwolle's opening two goals in the win, scored by Zian Flemming.

Genreau did well to provide the pass for Flemming's opener on 13 minutes, although the second goal came with some fortune after a defensive mix-up in the 22nd minute.

Meanwhile, PSV suffered the big upset of the second round, going down 3-2 to RKC Waalwijk in extra-time after leading twice.

Aziz Behich played a full game and Trent Sainsbury started and played until being replaced during extra-time, in the 100th minute

Darren Maatsen netted the winner in the 110th minute, firing home when Behich allowed him too space from a cutback.

Maatsen earlier sent the game to extra-time with a stoppage-time equaliser, where he beat Sainsbury to the ball from a head-on inside the box and poked into the back of the net.

PSV's early cup exit is a major blow for the Australian pair's hopes of regular game-time, having struggled to break into the starting line-up in the Eredivisie.

Boss Mark van Bommel made 11 changes to the PSV line-up from the weekend and bemoaned his reserves' performance.

“They are not as far as we thought they were," van Bommel told Fox Sports.

“It can not be explained. It is seriously disappointing. It just can not be that you take the lead twice and still lose to RKC.

“The only excuse they could have is that they do not play often and not in this composition. But that can not be an excuse. It is a shame that we do not continue.”

Elsewhere overnight, Mathew Leckie continues to struggle for game-time at in-form Hertha BSC, coming on as a 90th minute sub in their 2-0 German Cup win over Darmstadt.

Jimmy Jeggo put in a full shift for Austria Vienna in their 3-1 cup victory over Floridsdorfer AC. 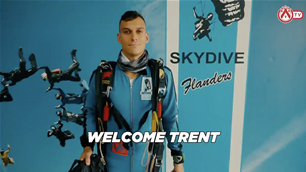