A look at the first week of the A-League, headlined by Central Coast winning both their games to take top spot.

THEY SAID IT: ''To think we just played a team with a thousand matches of La Liga experience and for these boys to match and compete with them - you can't take anything away from them." - Central Coast coach Alen Stajcic after the Mariners' win over Macarthur

MAN OF THE WEEK: In his return to the A-League, Adelaide's Tomi Juric impressed first-up against Western United, then went one better against Melbourne City on Sunday, smacking home his first goal of the season to help the Reds to a 2-0 victory.

BEAT THAT: Scoring on debut is one thing. Scoring a goal like Calem Nieuwenhof's spectacular long-range effort is something else. The Sydney FC youngster received the ball in midfield, turned, took a couple of touches and whipped it into the top corner for the opening goal against Wellington.

STAT ATTACK: With their 2-0 win over Macarthur, Central Coast went top of the table and secured back-to-back victories for the first time since rounds eight and nine of the 2017-18 season. It was also their first clean sheet on the road since a 0-0 draw with Brisbane in round 5, 2017-18.

TALKING POINT: Phoenix youngster Mirza Muratovic scored against Sydney FC on Saturday but most Wellington fans had to wait until later on to see the goal, as broadcaster Fox Sports' feed cut out at the crucial moment.

UNDER PRESSURE: It's early days but Victory's defence lacks the experience and quality of some of the title contenders and leaked three goals against Brisbane.

WHAT'S NEXT?: There are just three games pencilled in for next weekend. Newcastle will host Western Sydney on Friday, with Macarthur to play Wellington on Saturday evening. Victory get an early chance at redemption for their loss to Brisbane when they play the Roar at Dolphin Stadium on Sunday. 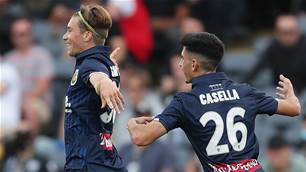 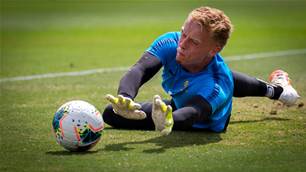