The stronger a nation’s economy, the higher its FIFA ranking – or vice versa?

The stronger a nation’s economy, the higher its FIFA ranking – or vice versa? 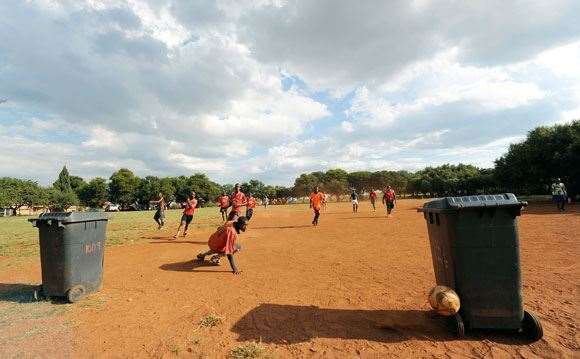 There’s only a clutch of nations capable of winning the World Cup trophy – wealthy ones. Image: Getty Images

As the world’s best sporting event – yes, it’s futile denying it – will soon begin in Africa, expect more tortuous geopolitical socioeconomics wrung out of this World Cup than the ample usual. The Cup finals will now have been contested on every eligible continent save one, and pundits will surely try to draw meaning out of the actions of this athletic elite enriched by international labour flows, or how the formation that North Korea lines up in is reflective of Kim Jong Il’s regime – the globe as football-shaped.Fans, of course, will properly be focused on who will win. But even here, the teams on the pitch are inexorably subject to the weight of worldly baggage. If history’s any guide, there’s only a clutch of nations capable of taking the trophy – in short, wealthy ones.It’s one of the great pieces of pop geopolitics, right up alongside Tom Friedman’s Golden Arches Theory of Conflict Prevention (the largely but not entirely true assertion that no two countries with McDonald’s have gone to war). Excluding two-from-first-four Uruguay, six countries have won the World Cup; of those, five are mainstays among the ten largest national economies, and the sixth, Argentina, spent the 20th century conniving how to go from the world’s top ten to their present spot at about 30th, and devising ways to score goals with their fists.It should come as no shock – wealth means leisure time and resources to use during it. But in a sport that features freak-bounce one-nil scorelines, penalty shoot-outs and a showcase event that’s had its Cameroons and Senegals over the years, it is mildly surprising that no rank outsider to the G-7 or G-20 has sprung a World Cup at least once. There’s a bias here – six of the 18 champions have been hosts, which by definition have been wealthy, first-world nations.Goldman Sachs publishes a study on the World Cup and economics that’s so much fun, you’d almost forgive them one grotesque bonus (okay, not really). The 2006 report posits that a correlation between football and economic success globally is not altogether too clear, although it’s more apparent at a regional level. An intriguing essay by a former governor of Brazil’s central bank notes that his national team’s uncharacteristically fallow years between the 1982 Falcao-Socrates-Zico outfit to the 1994 champions paralleled that country’s decade-long debt crisis and hyperinflation.Pele famously predicted that an African nation would be a World Cup winner before the end of the 20th Century. It’s something of an indictment of global economic development that this forecast has passed from outdated to far-fetched. As Simon Kuper and Stefan Szymanski put it in their wonderfully titled book Why England Lose, the fundamentals of national footballing success are a balance of population size/growth, capital and the ability to import expertise – not too different from building a thriving economy, yes? From this basis, Kuper and Szymanski figure that the World Cup’s nouveau elite will include the likes of the United States, Japan, oh-so fashionable Turkey – and Australia. The world’s 14th-largest economy is now its 19th-rankedFIFA nation, and the machinations of our multi-code polyglot aside, the underlying logic of Australia’s future success in the beautiful game is compelling.And in the past, it seems. The Goldman research found that Australia’s World Cup qualifications in 1974 and 2006 happed to coincide with resources-driven highs in the terms of trade. You have to love its conclusion: “Back-testing the model, using long-term commodity price trends, we estimate if the World Cup had been held in the late 19thCentury, Australia would surely have been the dominant soccer power.”