Ajdin Hrustic bagged his first Bundesliga goal on Sunday, thanks to a bizarre 86th minute effort against Mainz.

The 24 year old Melbourne native, who came off the bench as an injury replacement with less than half an hour on the clock, saw his initial shot on goal blocked, but was able to get something on to the rebound despite being sprawled on the floor, sending a left-footed effort looping over Mainz ‘keeper Robin Zentner for a dramatic late equaliser.

An unusual first #Bundesliga goal from Ajdin Hrustic canceled out Karim Onisiwo’s wonderful shot from outside the box to rescue a point for @Eintracht_Eng! 🤝

While the dropped points put a dent in their European ambitions, the Aussie’s effort ensures The Eagles' hopes of Champions League qualification remain alive. They currently sit in fifth, just one point behind a resurgent Borussia Dortmund, with two games to play.

They have a favourable run in, taking on relegated Schalke and ninth placed Freiburg in their remaining games, but Bayer Leverkusen remain in hot pursuit.

Frankfurt dare not rest on their laurels, as they have endured an inconsistent spell since news broke that they would lose head coach Adi Hütter in the summer, falling victim to the Bundesliga's ongoing managerial merry-go-round. 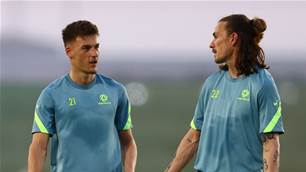 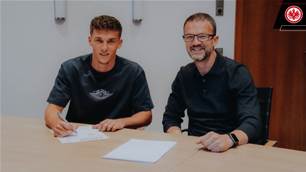 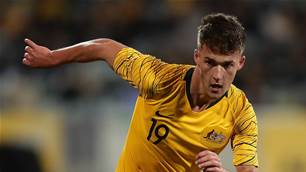