Harry Kewell has returned to his duties with Oldham Athletic after battling COVID19 but the club fell to its sixth defeat of the season.

Oldham were beaten 2-0 by Salford City thanks to goals from James Wilson and Ash Hunter. The loss was the Latics sixth from 10 games, along with two draws and two wins.

Kewell's side sit 20th in 24-team League Two, four points above the relegation zone. The Australian made some interesting comments to the media after the match.

HK on the result: “We are disappointed. We are hurt. We believe we should have got something out of there.

“We played the right way, but it takes time. Congratulations to Salford but they played a simple way...#OAFC

HK unhappy with officials’ decisions: “I don’t feel the referee did his part, there were some decisions that I’m baffled with.

“The excuse he gave me, it just wasn’t good enough, and that determines sometimes the way the flow of the game goes...#OAFC

Kewell continued to be a target of unhappy Oldham fans on social media after the match. 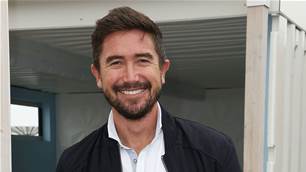 Rampaging Kewell warns 'don't judge a book by its cover'