Socceroo Martin Boyle says it was "torture" and a "devastating" blow to injury his knee at the Asian Cup and miss the rest of the season.

Boyle was all set to play a major part for Australia at the tournament in January.

But an injury in a warm-up friendly against Oman ruled him out of the Asian Cup, where the Socceroos were eliminated in the quarter-finals, and for the following five months.

The winger is now on the road to recovery, but admits how frustrating the timing was.

"The start was a bit torture," he told Hibernian's website.

"It was frustrating how it happened at the Asian Cup, pulling out. Having to get an operation on my knee, which was a bit devastating. At the same time you had to get your head around it quick.

"My family were all ready to come over. I was getting ready to fly back to Scotland and they were headed to Dubai, it was a bit frustrating. It was a devastating thing to happen."

Boyle will not play for his Scottish club Hibernian again this season, but is targeting to be back for pre-season training.

"Sometimes these things happen for a reason, but there's other things I can work on in the gym like my upper body strength and getting back to playing football again. I'll hopefully be back on the pitch training in the three or four weeks.

"I'll hopefully be back at the end of the season and ready for pre-season, but even if there was a slight possiblity I don't think the physio team would risk me." 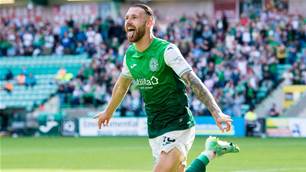