The signing with Sydney FC by Amini marks a return to the A-League for the Socceroo after nearly a decade of play in Europe.  He was able to join the Blues after a consensual termination of his contract with Cypriot club Apollon Limassol earlier this week.

Sydney have specified that they targeted Amini as a signing to be a replacement for Luke Brattan.  The midfielder was injured in the Blues' FFA Cup match last month against Sydney Olympic, tearing his ACL.  While the club have confirmed he has undergone surgery, Brattan is not expected to return this season.

ACL injuries are not unfamiliar to Amini.  The Socceroo was without a club for a year after tearing his ACL, before joining Apollon Limassol ahead of their 2021-22 season.  He played for neither Apollon or PAOOK to which he was loaned.

The 28-year old will now make his return to the A-League and a career reboot:

“It has been nine years since I last played in the A-League and I can’t wait to experience it again,” said Amini during his signing announcement.

“The league is so competitive now and it is going to be a fantastic challenge for me at Sydney FC.

“I have won a title in the A-League before and I’m hungry to taste that again.

“I feel fit and am coming in towards the start of the season so excited to see what can be achieved.”

According to Sydney FC, they beat out two other A-League sides to sign the versatile midfielder.

“Mustafa is an exceptional talent and has vast experience with the Socceroos and playing in Australia and overseas,” said Sydney FC Head Coach Steve Corica.

“He will fit in to our group perfectly, has an upbeat personality and is a real team player, so I’m delighted to have won the race to sign him.

“We’ll see what he is made of but if he produces his best form he will help move us up the table very quickly.”

The club have signed Amini to a six-month contract.  After the deal is ratified by FIFA, he will be available to play after the opening of the A-League transfer window on January 15, 2022.   The Blues are scheduled to take on Brisbane Roar that day in Round eight. 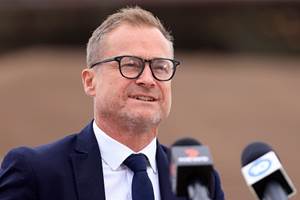 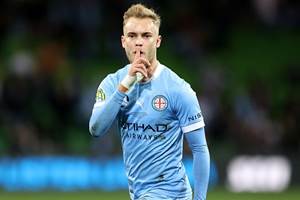 Melbourne City will lose one of their up and coming A-League players to the Scottish Premiership. Hearts of Midlothian have agreed to sign Olyroo Nathaniel Atkinson.