"James is a very talented player and has proven this throughout the course of his impressive career," Djite said via a statement.

"He has represented some big clubs and has been an important part of many Socceroo campaigns and I am sure he will help bolster our midfield, adding further quality to the team for the upcoming season."

A South Australian, Troisi started his professional career in England with Newcastle United and subsequently had contracts in Turkey and Italy before joining Victory on loan in 2013.

He then spent time in Italy, Belgium, Saudi Arabia and China before re-joining Victory in 2016 for three seasons, a stint highlighted by winning the 2017-18 A-League championship.

Troisi, who has 37 caps and five goals for Australia, scored the winning goal against South Korea in the final of the 2015 Asian Cup and last played for the national side in 2018.

"I'm really excited to be returning to Adelaide for the first time to live and play football in about 16 years," Troisi said.

"I'm proud to be joining my hometown club and bringing my family back to where my football journey began." 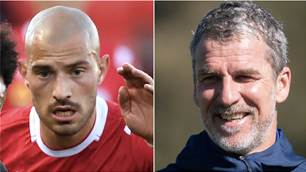