Injury may cost Callum Elder a Socceroos debut amid reports the young defender has been selected in Australia's squad for next month's World Cup qualifiers.

Hull City manager Grant McCann has revealed the 24-year-old and teammate Jackson Irvine have both been notified they are in Graham Arnold's provisional squad for next month's World Cup qualifiers against Nepal and Taiwan.

Elder, however, missed the Tigers's 3-0 English Championship win at Luton on the weekend due to a calf problem.

McCann said the ex-Leicester City player wouldn't be available for Hull's match against Cardiff this weekend, leaving him with limited opportunities to prove his fitness before Arnold announces his 23-man squad on October 3.

"He's got a little grade one tear in his calf," McCann told the Hull Daily Mail. "It's not going to be too long. The worst case scenario it'll be two weeks.

"Hopefully he can be back before the international break. That's what we're hoping for."

After Saturday's (Sunday AM AEST) clash with Cardiff, Hull play Massimo Luongo's Sheffield Wednesday next Tuesday (Wednesday AM AEST) in what could be Elder's last chance to prove his fitness.

The Sydney-born Australia under-20 representative spent six years at Leicester but failed to make a single senior appearance for the Premier League club, spending time on loan at six different lower-league outfits before joining compatriot Irvine at Hull in August.

The Socceroos, who began their World Cup 2022 qualifying campaign with a 3-0 win over Kuwait earlier this month, take on Nepal in Canberra on October 10 before travelling to face Taipei in Kaohsiung on October 15. 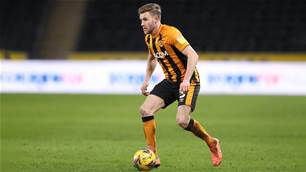 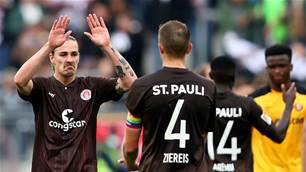