Rukavystya now has four goals in 120 minutes this season, to add to his 11 goals in 893 minutes over the preceding 11 games to finish last season, creating a total of 15 goals in 1,013 minutes.

GOAL! Nikita Rukavytsya the scoring machine gives Maccabi Haifa a 1-0 lead over Hapoel Beer Sheva! What a stunner off a break, beautiful stuff from the Greens!

This means, over Rukavystya's last 13 league games, he's been scoring at a rate of one goal per 67 minutes on the field, which puts him on level with Europe's most prolific strikers.

That 67 minute mark makes Rukavystya more prolific than a whopping seven of the 10 most prolific European strikers from last season (according to The Guardian), including Jamie Vardy (100 minutes), Sergio Aguero (72 minutes) and Ciro Immobile (70 minutes).

It also puts him within two minutes of Robert Lewandowski, who is scoring at a rate of one goal per 60 minutes for Bayern Munich.

While all the data isn't available yet for this season, the Aussie striker's four in 120 minutes, or one every 40 minutes, is better than Europe's most prolific last season - Atlanta's Luis Muriel, who averaged one strike per 42 minutes and that data was collected from far fewer matches.

All of which is a very complicated way of saying that Rukavystya is absolutely on fire and despite being 33-years-old and well out of the recent Socceroos frame, is essentially bursting down the door ahead of the international friendly window in over a month's time.

While the striker seemingly has no intention of leaving Israel - he applied for citizenship four years ago - with goal scoring like this, better to never say never. 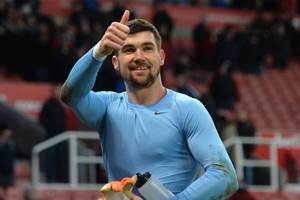 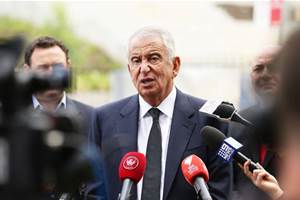 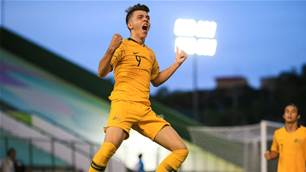