Socceroos hopeful James Holland has been hit with a cruel ankle injury which could rule him out of his side's first game of the Europa League group stage against Tottenham Hotspur.

The 31-year old rolled his ankle last month in LASK Linz's 3-1 win over Wolfsberg and was substituted in the 82nd minute.

He played through his injury later that week completing 90 minutes in a 4-1 rout of Sporting Lisbon which sent his side into the Europa League group stages.

But his ankle problems might see him forced to the sideline of their blockbuster opener on Friday morning against Premier League giants Tottenham. 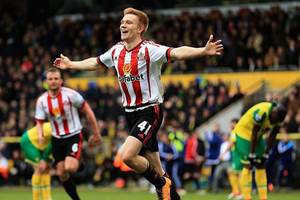 Despite the knock, LASK physio Markus Morbitzer is hopeful Holland can pull through.

"James twisted his ankle without any external influence his foot is more swollen," he said.

"Let's see if it lasts until Thursday, this way we have one more day."

Holland has been one of LASK's most important players since he signed in 2017, helping them finish second in the Austrian Bundesliga two seasons in a row.

The side made the knockout phase of the Europa League last season for the first time since 1986. They were beaten 7-1 on aggregate by Manchester United.