The Socceroos will reportedly play in the 2020 Copa America, according to reports in Brazil.

Australia failed in a recent bid to stage the event when CONMEBOL decided to stage it in South America after inviting Australia to bid for the hosting rights.

But now they have invited the Socceroos to play in the tournament instead.

An article in Brazil claims both Australia and Qatar will join the 10 South American nations next June in Argentina and Colombia.

China had been the favourite for the second spot along with the current Asian Champions, but CONMEBOL opted for the Socceroos instead. 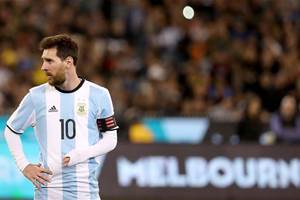 A secret bid by Football Federation Australia would have seen the key mainland capitals host showpiece Copa America clashes including Brazil, Argentina and the Socceroos.

However it is understood that while the FFA have accepted the invitation, they are still waiting to hear from the Asian Football Confederation about any possible clash with World Cup qualifying match dates.

The tournament comes hot on the heels of the 2019 Copa America as CONMEBOL move it to even years to minimise the clash with the World Cup.

It will be the first time it's been hosted in two countries since 1983, but regularly now features invited countries to compete. This year's competition kicks off in Brazil later this month and features Japan and Qatar as guests.

If signed off by the FFA and AFC, Australia will be grouped with either Brazil, Ecuador, Colombia, Peru and Venezuela, or Argentina, Bolivia, Chile, Paraguay and Uruguay.

The top four from each group will qualify for the quarter-finals knockout stage.