At just 16, the cultured young defender is turning heads in Athens with AEK’s U-17s, invoking comparisons with the likes of ex-Socceroos Ned Zelic and Paul Okon in their own emergent years.

The good news for Australia, should the talent identification arm at FA choose to act, is that the Adelaide-born centre-back only has eyes for the green and gold.

Deaf to the overtures of the land of his heritage, the former Melbourne City junior told FTBL: “Now I have my Greek passport I was approached to join a Greece U-17s (talent identification) camp, but really all I want to do is play for Australia.

“They’re still looking at me and still want me but my heart is really with Australia. I was born there and that’s where I learned my football and I really want to wear the green and gold.

“I haven’t been involved yet but hopefully that time will come. It’s a big ambition of mine.”

Father Michael - currently in charge of top flight Belgium Pro League side Eupen - was a tough tackling enforcer during a 16-year pro career which included six seasons in Greece.

Valkanis senior was capped once by his country.

Dimitri, by contrast, is a ball-playing practitioner unafraid to ghost past opponents as he surges from the back into midfield to spark attacks. 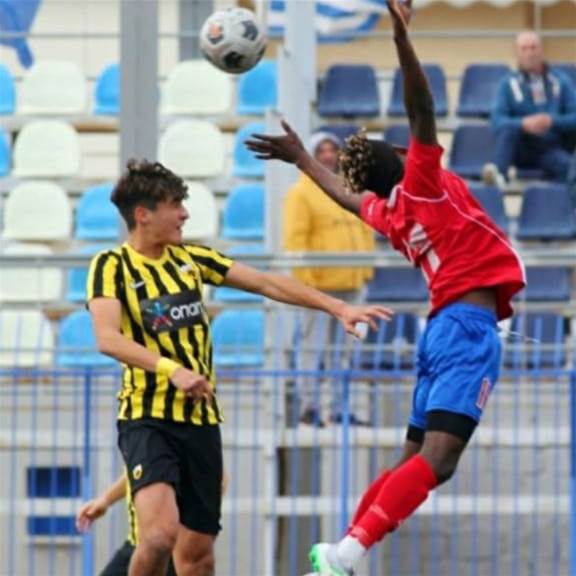 Whilst blissfully unaware of the yesteryear careers of Okon and Zelic - other than watching grainy footage of their feats - he’s an admirer of Manchester City’s John Stones and Ajax’s Jurrien Timber and dreams of one day playing in the English Premier League.

He breaks down his game like this: “I’m a modern central defender that likes to run with the ball into midfield and create attacks.

“I also like to break the lines and create overloads. I’m strong also, a little like my dad.”

In his first year at AEK - 12-time Greek Super League champions and 15-time Cup winners - he has helped the U-17s reach the end-of-season national semi-finals where they face Aris, with the promise of facing PAOK in the final.

“The club are happy with me and how I’m developing and how I integrate with the team,” he added.

“My style is a bit different to a lot of the Greek players my age - they’re super strong and physical and maybe not as creative with the ball, whereas that’s one of my main strengths.

“It’s very competitive and physical. Very different to Australia. I’ve watched my dad playing as a kid and that’s what gave me a love for football.

“I want to try and copy what he achieved and maybe one day play for even bigger and better clubs.”

Formerly the assistant with the Greece national team, Michael said of his offspring: “He’s certainly a bit different, not your typical Greek defender who is tall, strong and all muscles and tackles.

“I’m more than happy he wants to represent Australia. When he told me I got goose-bumps. I was really proud of that.” 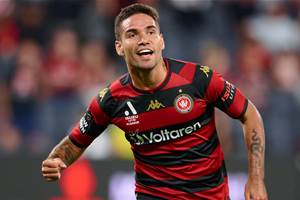