Boss Cho Kwang-rae believes South Korean football has a bright future after seeing his side finish their campaign undefeated following a 3-2 victory over Uzbekistan that clinched their place at the 2015 Asian Cup.

Ji Dong scored twice and Koo Ja-cheol netted his tournament-leading fifth goal as Korea matched their performance from four years ago in overcoming the Central Asians in the third-place play-off at Al Sadd Stadium, securing automatic qualification for the Asian Cup to be held in Australia in four years time.

With both Park Ji-sung and Lee Young-pyo announcing their international retirements, it means youngsters such as Koo, Ji and Lee Chung-yong will fill the void left by two players with a combined 227 caps between them.

And Cho is confident Korean football is in safe hands.

"We haven't lost a game at the Asian Cup, the penalty shootout defeat against Japan was my fault. I want to say thank you to all the players who sacrificed for the team, they never gave up with excellent fighting spirit," he said.

"I believe that we could have won the tournament but when it comes to penalty shoot-outs, not many people can predict the result.

"This tournament gave us a lot of opportunity to show the world the new possibilities of Korean football.

"I believe we've changed the way we played, it's a much better way so I want to keep working on this progress to better Korean football.

"Throughout the Asian Cup, I found the players were able to pass the ball through midfield much quicker than before so that aspect I was quite satisfied about.

"I would like to improve on what we're doing, be faster in front of goal to make us much more effective and also strengthen the defensive organisation."

Uzbekistan also have reason to celebrate having achieved the best-ever result in their relatively short history even though Alexander Geynrikh's double either side of the interval was not enough to peg back the Koreans.

However, following the 6-0 semi-final demolition at the hands of Australia, Abramov conceded he feared the worst when his side went 3-0 down in the opening 38 minutes.

"I don't know why the players made so many mistakes but after our goal and half-time, I told the players we had a chance, we have 45 minutes to use all preparation for this tournament and then players in the second-half played much better.

"I think the reason was that we did not have belief in our self in the Australia game. In that game we played well but our defensive line made too many mistakes. We had more possession but it was too easy for Australia to score.

"If we forget the game against Australia we played okay. It was the first time that Uzbekistan had reached the semi-finals." 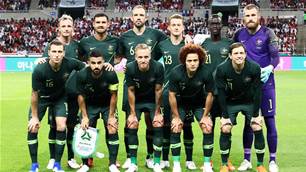 In pics: Korea vs Australia 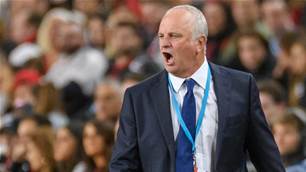 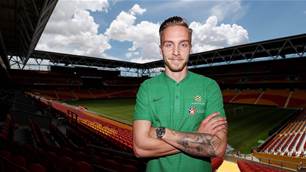 Jeggo on his international tug of war