Guarrotxena announced his departure via Twitter, admitting his departure was bittersweet after the club missed out on finals football.

The 28-year-old Basque native came through the famed cantera at Athletic Bilbao and previously played for Tenerife and Mirandes in Spain, before a short spell in Poland.

Western United are expected to have a considerable rebuild over the coming months with coach Mark Rudan losing his job. Kevin Muscat, and John and Ross Aloisi have all been touted as potential replacements. 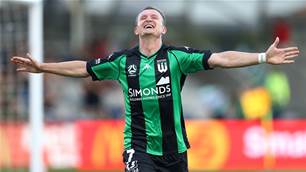 'Give these players freedom!' - Berisha brace as Bulls turn to dust