Indeed, Victoria could be the hub for boutique venues with new A-League club Western United already committed to building a 15,000 all-seat football-specific stadium in Tarneit.

The venue should be up and running in an estimated two or so years.

From a players perspective, former Adelaide United and Newcastle Jets defender Taylor Regan says he’s in no doubt smaller more atmospheric venues in the A-League bring that European style experience to the league.

And in Australia, that unique experience for fans is one of the game’s biggest assets at A-League level.

“For me, the biggest issue in Australian football is our stadia,” he told FTBL. “We have these 50,000 seat stadia that are holding 10,000 fans. It’s ridiculous.

“Melbourne Victory at AAMI Park is good, Adelaide United at Hindmarsh Stadium is good. Perth Glory with a bit of success is getting good now.

“But aside from that hopefully Western Sydney will bounce back with their new stadium, but the crowds are bad.

“The atmosphere needs to improve and that only happens when you get into boutique stadia.” 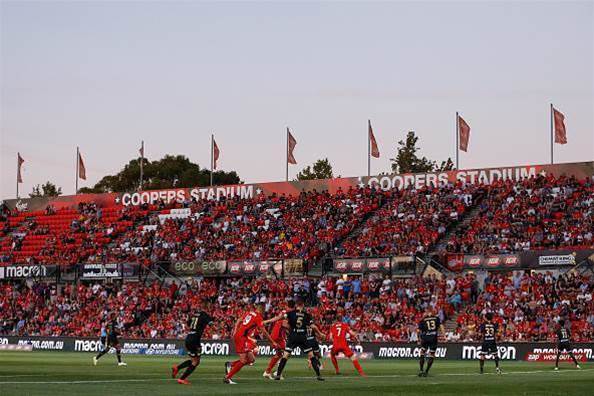 However, he says, Adelaide United’s football arena Hindmarsh stands out as a model for future venues.

“I’d pick Hindmarsh stadium - okay I have a connection with the club - but I’d pick it over any other stadium in the league," added Regan, currently playing for Selangor FC in the Malaysian Super League.

“And if you ask every A-League player, you’d find most would say Hindmarsh and the rest would say AAMI Park.

“For atmosphere, no other venues compare.

"And that’s because a lot of Adelaide United supporters are Greek or Italian and they create that European atmosphere in the boutique stadia.”