Socceroo centre-back Matthew Spiranovic admits the past two draws were acceptable but maximum points are needed against Thailand away next Tuesday.

Australia currently sit second on the table with eight points, one behind Japan and the Socceroos need to finish second in order to progress to Russa 2018 and avoid the fourth round phase of qualification.

The Socceroos drew with Saudi Arabia (2-2) and Japan (1-1) and Spiranvovic was confident heading to Thailand.

“Travelling away is never easy, especially going to countries like Saudi Arabia and you have to pay respect to them, they played well, they’re a quality side and I think a draw isn’t the worst case scenario,” Spiranvoic said.

“If you look at the group and the bigger picture I think we’re sitting really well, we need to get the three points in the next game and we’ll be on our way.

“I’d love to have four wins from four, but I think we’re in a good place, as long as we’re focused and we get maximum points next game, we’ll be in a very strong position.”

The Socceroos played Thailand twice in the 2014 Brazilian World Cup Qualifiers where they managed a 2-1 home and 1-0 away win.

Spiranovic reflected on the past encounters where Australia was still playing under former Holger Osieck. Since then Postecoglou has established a no winning ugly policy. 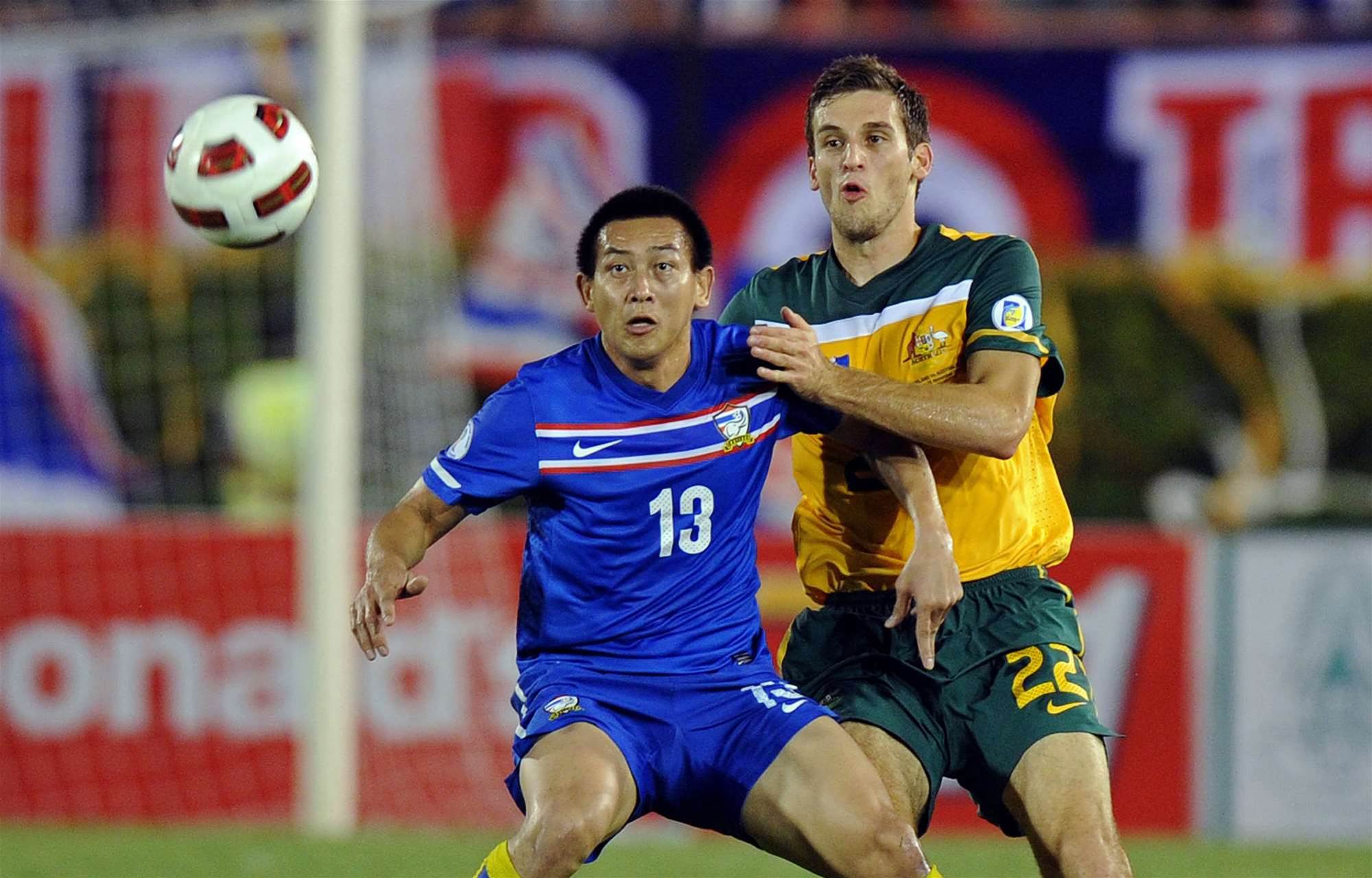 And the defender said the Socceroos needed to respect Thailand, who are expected to put up a good showing out of respect of their beloved monarch, King Bhumibol Adulyadej, who died last month.

“My previous experiences against Thailand were both very narrow wins, it’s gone down to the wire, a few goals in the last minute,” Spiranovic said.

“Here at (Thailand’s) home I’m sure they’ll unite especially after what they’ve been through in the last month, they’ll be a very difficult opposition.”

Striker Nathan Burns missed out on the last two fixtures against Saudi Arabia and Japan, but was recalled by coach Ange Postecoglou for this upcoming game.

The last game Burns scored in was in the 7-0 smashing over Tajikistan in Adelaide where he managed to find the net twice.

After missing out on the past two fixtures, Burns indicated he needed to improve in order to be in regular contention.

“It was disappointing, maybe my form in club football is the reason I didn’t get picked, I was battling to get into the squad,” Burns said.

“That was probably the expectation Ange has on the players, to be playing week in and week out. 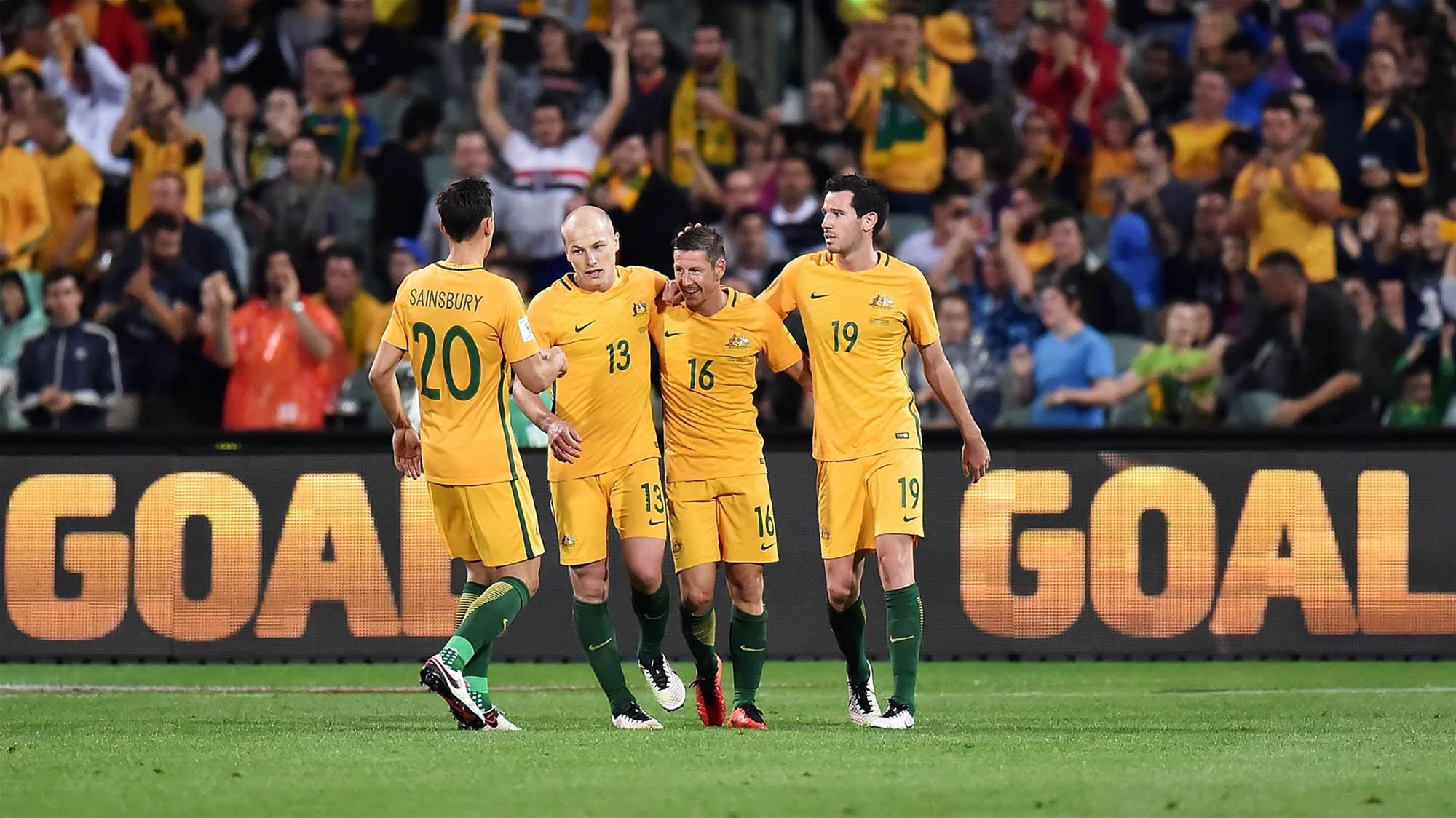 “In saying that in the last 18 months I’ve been in every squad and featured in the majority of the matches, it’s just an eye opener to get back onto the pitch, work hard and get your position back.

“I think we’re in a good position and depending on the other game in the group, we could be on top of the group which is where want to be and come the final stages.

“We don’t want to be winning away from to qualify for the World Cup, so if we keep on this track we should be in a good position come the final stage.”