Matthew Spiranovic feels a 2-0 loss to Japan was not a true reflection of the game in last night’s World Cup Qualifier in Saitama.

The pressure is now on for Australia to get a convincing result against Thailand if they are to finish second on the group and to qualify for Russia.

Japan had a total of 18 shots to Australia’s five as the Socceroos butchered a real chance of guaranteeing qualification for next year’s World Cup.

But Spiranovic was seeing the positives in the game and felt they could’ve stolen a draw.

“Personally I don’t think it was a 2-0 game but credit to Japan they did well,” Spiranovic said.

“On the flow of the game we feel a bit hard done by because Japan were pretty clinical, took their chances well and I suppose their game plan paid off even though we could’ve done things a bit better.

“I thought overall we defended pretty well, unfortunately a few lapses of concentration we were punished.

“For large parts of that first half, we did well, it’s disappointing to concede a soft goal five minutes before the end of the first half.

“I don’t think they had any real clear-cut chances and when we were pushing to get that equaliser, it’s normal there is going to be space.”

The Socceroos return to Melbourne next week for the Thailand clash and are heavy favourites despite only picking up a point in the reverse fixture last year.

However Spiranovic is treating Thailand with respect.

“Straight after a loss it’s disappointing but it’ll turn around, we’ll focus on the next time, get our heads around it,” he said.

“From my experience every time we’ve played Thailand we’ve had to be on our game, it’s been pretty tight. We just have to move on, be positive. I’m sure we’ll be up for it at home.” 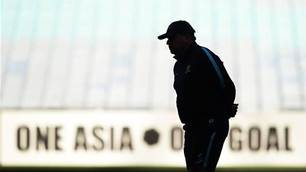 Could Postecoglou manage an EPL club?