Australian Professional Leagues are on a collision course with Football Australia over the next A-League and W-League seasons with a new TV deal expected to be unveiled in six weeks time.

The majority of club owners have declared summer as their preferred option for an A-League season, despite FA CEO James Johnson’s wishes for a winter model.

By all accounts, the new TV deal has been met with widespread approval by club owners.

With the Socceroos and Matildas not expected to be part of the package, one owner admitted the deal is worth “a lot more than previous deals.”

The deal is subject to the A-League and W-League being played in summer.

TV ratings have been disappointing this season in what has been arguably one of the most competitive and entertaining seasons ever for both the men and women.

Considering the AFL hasn’t even started, and NRL having only commenced last weekend, a club CEO lamented: “We will get our arses kicked when the oval ball codes hit their straps.”

By comparison, the three NRL games on Saturday rated well on Fox Sports with NZ Warriors and Gold Coast attracting 170,000, Sydney Roosters and Manly 233,000, while Penrith and North Queensland had 265,000 viewers.

Even the Super Rugby game between Queensland and ACT had 85,000 viewers on 9GEM.

The AFLW game between Melbourne and Adelaide also outrated the A-League with 83,000 fans watching on 7Mate and Fox Footy. Also on Fox Footy, North Melbourne and the Western Bulldogs attracted 37,000 fans while St Kilda v GWS had 27,000 fans.

The AFL season kicks off this weekend with some blockbuster matches expected to further impact on A-League numbers.

A few club owners and CEO’s were contacted for comment but declined to do so given the confidential nature of the current in progress TV deal.

It is understood that Stan Sports are firming as favourites to get the TV rights, with a free-to-air channel reportedly ‘interested.’

Fox Sports looks likely to lose its 16 year partnership with the A-League.

An FA statement added:“Consultation with all relevant stakeholders will be undertaken over the next few months to seek alignment for 2022 and explore new opportunities and in the case of the Professional Leagues, this consultation is happening over the coming weeks in parallel with media rights discussions.” 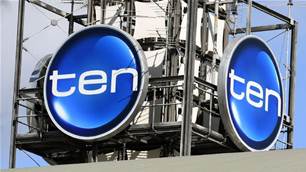