Sunderland have landed Socceroo defender Bailey Wright on loan from Bristol City for the rest of the season.

Wright, who is the club captain of City, has struggled for game time in the Championship this season after the centre back signed from Preston North End in 2017.

He has joined a Sunderland side which is desperate to climb out of the the third tier of English football less than three years after playing in the Premier League.

The Black Cats are currently in sixth place, six points behind leaders Rotherham United and Wright is excited at the prospect of joining one of English football's biggest clubs.

"You speak to various people, people who have played here and I've played here myself, and you realise how passionate and how much love there is here for football," Wright said.

"That's what it's all about.

"What that manager is building here excites me and it's something I want to be a part of.

"People in the area live and breathe football. For me, that will be amazing to play in front of every week.

"I want to be part of a successful Sunderland team."

The 27-year-old hasn't played since City's 4-1 defeat by West Brom in November but was part of the Australia side that beat Nepal 5-0 in Canberra and knows he needs to prove his worth to his new club.

"I'm coming here to earn that shirt, I'm not just expecting to have it," he said.

"I'm here to earn it as the team is in a great run of form with results and performances.

"I've been following Sunderland closely since I first found about the interest and it's good to see the team doing well."

"I'm delighted to be here and I'm looking forward to getting to work," Wright said.

"I've played League One football before and I've been promoted, so I understand the qualities required to succeed at this level. I've had a few chats with the manager and I want to be a part of what he's building."

Sunderland manager Phil Parkinson added: "We are delighted to welcome Bailey to the club."

"He is an experienced player and he has captained Bristol City. We are looking forward to working with him. He will be a valuable addition to the group."

Wright is off-contract at the end of this season and could join the Black Cats permanently if he impresses at the Stadium of Light.

His arrival was greeted jubilantly by fans on social media tonight...

He is far too good for this League. Cracking signing. 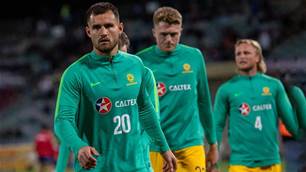 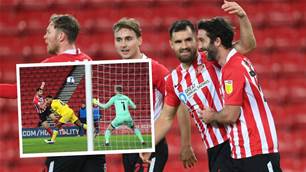