Sydney FC captain Alex Wilkinson is confident the Sky Blues have the quality to complete a historic A-League three-peat despite Socceroos duty for three stars.

Sydney head into Saturday's semi-final against Adelaide United without goalkeeper Andrew Redmayne and defensive duo Rhyan Grant and Ryan McGowan - who were were called up last month to be part of Australia's World Cup qualifying campaign.

The loss of so much experience in Sydney's backline means plenty will fall on the shoulders of Wilkinson - who has made 25 finals appearances, seven more than any other player in A-League history.

The 36-year-old, however, believes the performances of Ben Warland, Paulo Retre and goalkeeper Tom Heward-Belle in a 2-0 win over Brisbane Roar almost two weeks ago is proof Sydney have the quality to cover for the absence of Redmayne, Grant and McGowan.

"We'll have a few youngsters coming in or guys that haven't played as much this year but it's a great opportunity for them to play in such a fantastic game," Wilkinson told AAP.

"It was good that we had a game where the boys could come in ... we actually didn't play that well and the defence had a bit of work to do.

"So it was a good baptism of fire for everyone who was coming in and they all shone through really well.

"We'll be fine come the weekend.

While wary of Adelaide, who upset the Roar in last weekend's elimination finals, Wilkinson said the season-long goal of creating history as the first A-League team to win three consecutive grand finals remains a primary motivator.

As someone who has tasted plenty of finals heartbreak as well as glory in his long career, the ex-Socceroos defender is urging his teammates not to take their success for granted.

"Although I've been lucky enough to be involved in lots of finals series and quite a few grand finals, you never when it's going to be your last," Wilkinson said.

"We've had a lot of great success and some guys in our team have played for two seasons and won two grand finals.

"That's just crazy ... it's not always going to be like that.

"You've got to enjoy the important games while you're in them." 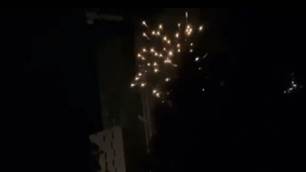 ‘It’s been tough’: Adelaide Socceroo wants A-League return to end as ‘brutally’ as it began