After a less than convincing 1-0 win over Adelaide United the week before, the league leaders were out for blood and coach Graham Arnold wasn't surprised by what followed at ANZ Stadium.

A first half brace from Adrian Mierzejewski, strikes from Alex Brosque and Brandon O'Neill, and an own goal from young Lachlan Scott delivered the Sky Blues their biggest derby and away win.

Post match Arnold said: "I‘m not joking I expected that, if not more.

"I thought after analysing them that there was a lot of space and we’ve got some quality players. And  if you give our quality players than space then I thought we could really make a statement (last night)." 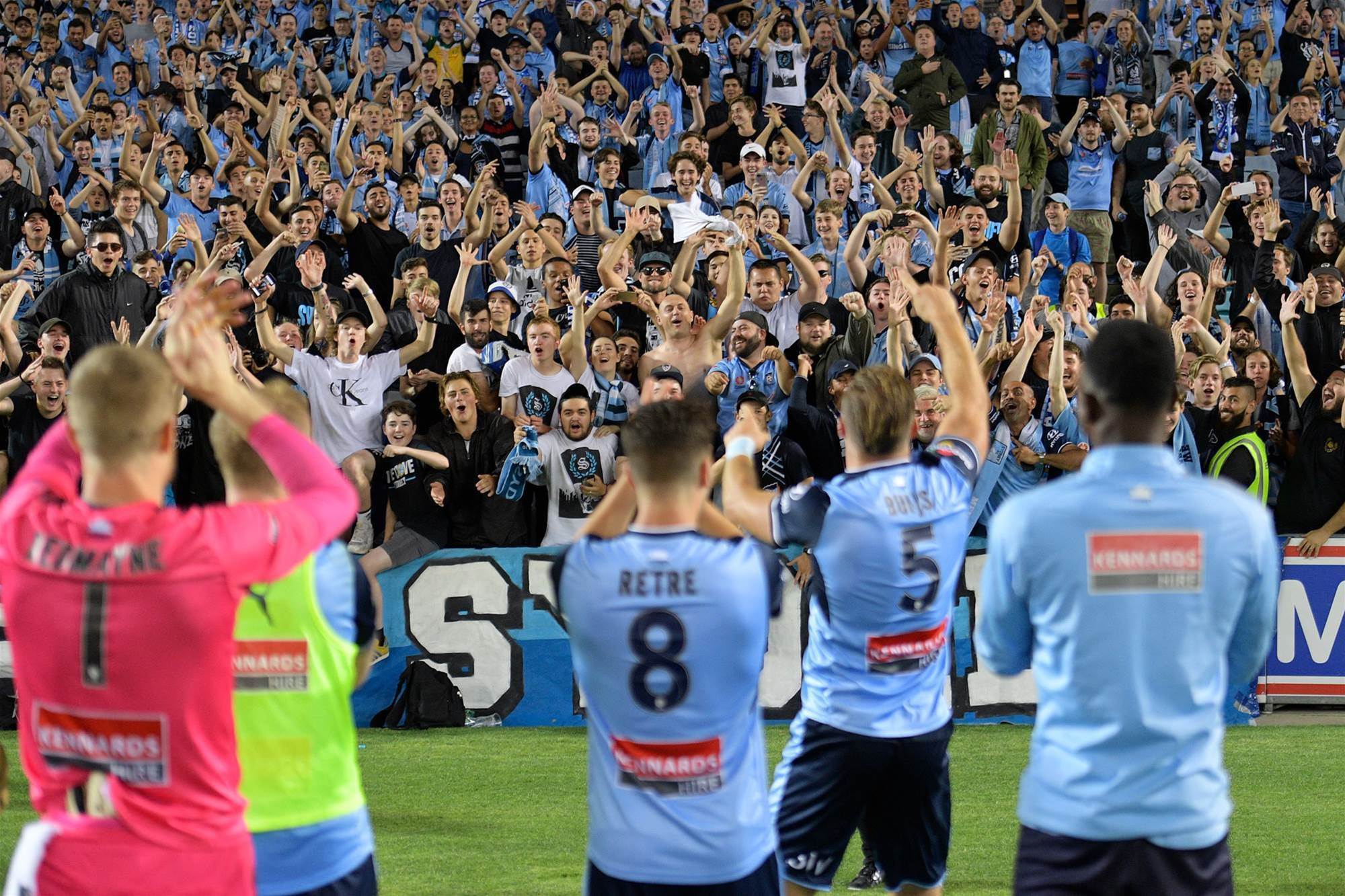 Wanderers coach Josep Gombau made an eye-popping five changes to his line-up and took full responsibility for the demolition that followed.

But Arnold said the outcome was as much a response to the previous round's lacklustre showing against the Reds than anything else.

"We weren’t happy with our performance against Adelaide and as I said we work very hard on every aspect of the game and getting the right messages into the subconscious mind...making sure that we teach them how to win."

Most of the post match commentary focused on Polish import, Mierzejewski, but the Sydney coach only had eyes for striker Bobo, who skied an effort from point blank range.

"I think that people look at a No. 9 sometimes just for goals, but the amount of work that he does... the ball that he gave for Alex Brosque for Brosquey’s goal was superb. First and foremost Bobo just thinks about the team."