Sydney FC have condemned "over-zealous" security staff who they say "mistreated" their fans at Sunday's A-League game against Western United at GMHBA Stadium.

Sydney FC faithful also complained on Twitter about security staff manning the away supporters' bay during the game.

There were claims some supporters from The Cove were reproached for standing in the area with a number moved out of the enclosure or from the ground entirely.

On Monday, stadium management confirmed stadium-wide there had been five evictions for anti-social behaviour and two arrests for intoxication.

Sydney FC backed their fans, saying they had been "mistreated" and the evictions were "avoidable".

"Over 200 dedicated supporters travelled to Geelong to support our club at GMHBA Stadium on Sunday afternoon," they said in a statement.

"Having investigated the situation and spoken to Sydney FC representatives on the ground, we have been informed of a number of avoidable evictions of our fans by over-zealous security who by-passed advice from our Sydney FC supporter marshals.

"Nobody condones anti-social behaviour however we strongly believe the situation could have been handled in a better way.

"To see our fans mistreated is disappointing and we are working with the Hyundai A-League to investigate.

"We have also spoken to Western United and to the stadium to ask them to review their procedures with regard to supporter treatment."

The away supporters bay - in a corner of GMHBA Stadium - was assigned several security guards throughout the match.

Early in the game, this was largely in the form of staff standing at the ends of the bay, though at times there were also security guards in the bay itself.

"The Kardinia Park Stadium Trust confirm there were a number of evictions for anti-social behaviour at yesterday's A-League match at GMHBA Stadium," trust chief executive Gerard Griffin said in a statement.

"The priority of the Kardinia Park Stadium Trust is to ensure a safe and enjoyable environment for all fans and anti-social behaviour at any event held at the Stadium will not be tolerated."

FFA have been contacted for comment with the body to review post-match reports on Monday.

A-League newcomers Western United have nine home games locked in at GMHBA Stadium this season, along with four at Ballarat's Mars Stadium. 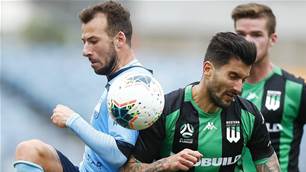 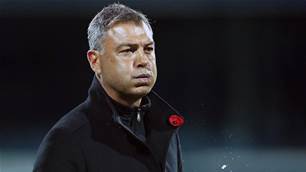