Sydney FC have promoted exciting young striker Charles Lokolingoy to the Sky Blues' A-League roster for the remainder of the 2016/17 season.

That followed on from a phenomenal PlayStation 4 NPL 2 season in 2016, where he finished as the league’s top scorer with 27 goals in 28 games, including finals series.

The news comes as Sky Blues defender Riley Woodcock is released to pursue other opportunities.

Lokolingoy, 19, emigrated from the Democratic Republic of Congo aged 11, and represented the Sutherland Sharks before emerging through the youth ranks of the Sky Blues. He had previously been on an A-League scholarship contract prior to his promotion. 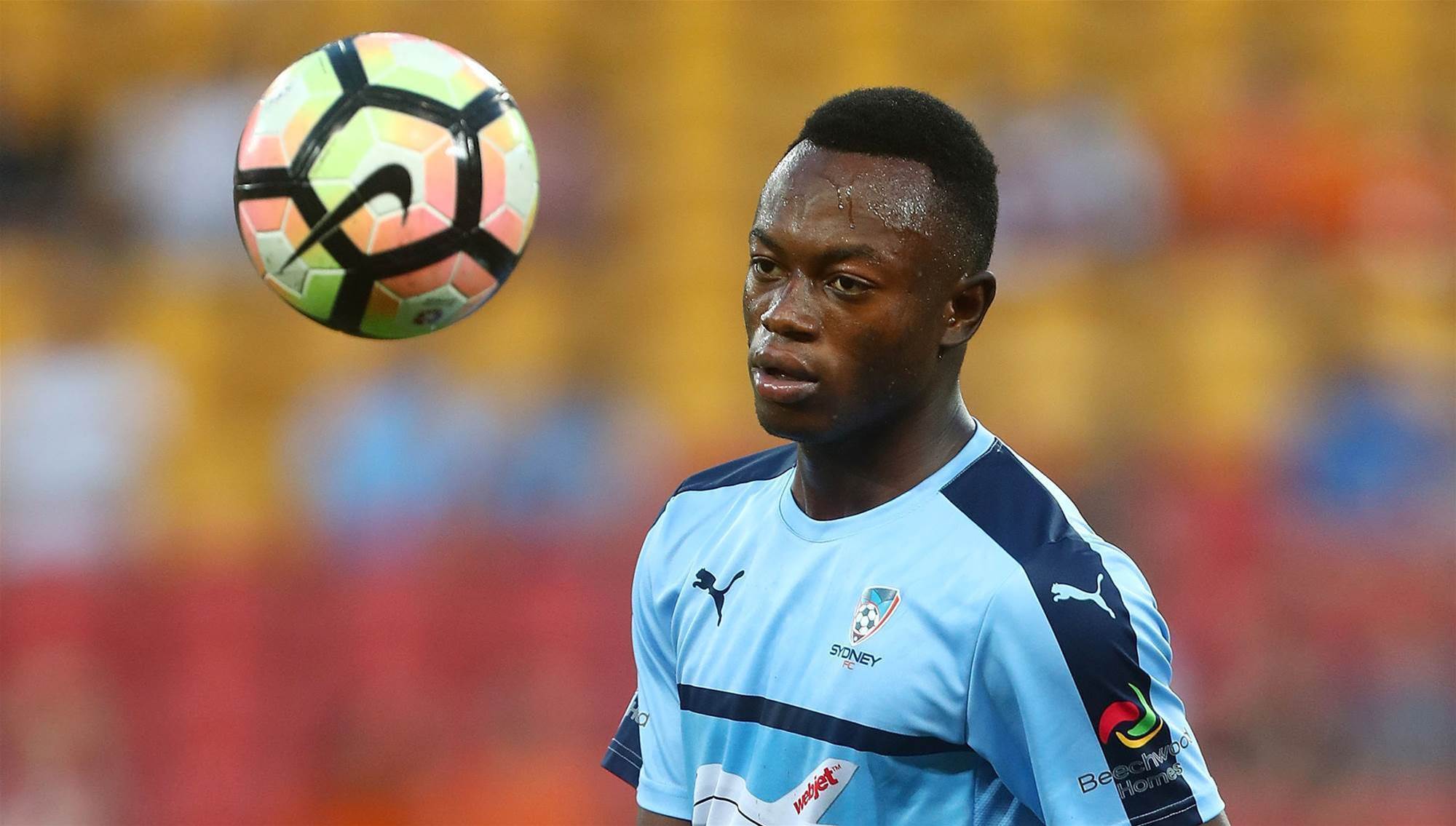 The Young Socceroo said he was excited to continue his progression with Sydney FC in the topflight under coach Graham Arnold.

“I’m very happy to have received this contract, there’s a lot of hard work ahead but I’m really excited for the club to have given me this opportunity,” he said.

“I still have a lot to learn in the game, everyday I’m learning in training with the attacking players and I’m trying to learn as much as I can so when I get the chance I can perform.

“The boys are all very supportive, I feel more comfortable every day. My goals now are to continue being fit, you never know when you could get the call up, keep working hard and hopefully get some minutes in before the end of the season.”

Arnold praised the young attacker for his endeavours with the Young Sky Blues, saying his promotion was a just reward.

“Charles is a fantastic young attacker with all the qualities to excel in the game,” Arnold said.

“I’ve seen a steady improvement in his game during his time training with the first team.

"He’s had an exceptional year with our NPL and Youth League squads, and he’ll continue to improve now that he’s a permanent member of our first team environment.”