The 31-year-old goalkeeper, who saved two of Perth Glory's penalties in last season's shootout for the championship, will remain with the club until the end of the 2021-22 campaign.

The news is another major boost for Sydney with Redmayne publicly stating on more than one occasion that he would like to one day play abroad.

"The last three years have been the best and most enjoyable of my career and I am very happy to be extending my stay at Sydney FC," Redmayne said in a statement.

"There's no other club in Australia I'd rather play for and I feel I still have a huge amount to offer and improve on here.

"I believe we are beginning a new chapter for myself and for Sydney FC, and I'm looking forward to it immensely.

"Ultimately I would like to test myself overseas, but for now I want to continue to achieve success at Sydney FC."

Redmayne made his debut for the Socceroos in last year's friendly against South Korea and Sky Blues coach Steve Corica has labelled him the best keeper in the A-League.

"Andrew has been outstanding for us," he said.

"There's no doubt in my mind that he is the number one goalkeeper in the A-League and I'm delighted that he will be playing at Sydney FC.

"He has been one of our most consistent players during our recent successes and fully deserves his national recognition as well."

The news comes a day after the Sydney FC confirmed they had released Brandon O'Neill for an undisclosed fee, allowing him to sign with K-League giants Pohang Steelers.

Sydney FC have a bye this week with their next A-League fixture away on January 24 in the Big Blue against Melbourne Victory. 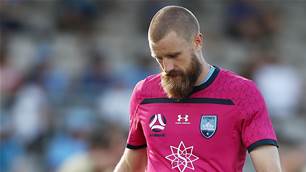 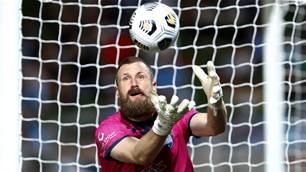