Sydney FC have announced the departure of 12 A-League players, but midfielder Luke Brattan won't be one of them.

Sydney FC have kept the faith in Luke Brattan by re-signing the injured midfielder on a two-year A-League deal.

Brattan missed all of last season with a torn anterior cruciate ligament suffered during an FFA Cup match.

The 32-year-old won Sydney's player-of-the-year award during their championship-premiership double in 2020, and newly re-signed coach Steve Corica was keen to keep Brattan on deck despite the Asian Champions League setback.

"I'm excited to get back playing for Sydney FC and I feel my next two seasons can be the best of my career," Brattan said.

"I want to be part of that brilliant new Allianz Stadium and I can't wait to walk out in our new home for the very first time in October.

"I'm working extremely hard to get back to fitness and things are going well.

"It's a long road but I feel good, and I'm looking forward to being back on the pitch with the boys."

Corica views Brattan as an important plank of Sydney's rebuild.

"I think there's no doubt we missed Luke last season as he's a key player for us and one of the best midfielders in the country," Corica said.

"His work-rate, his passing, his never-say-die attitude and his leadership on and off the field are crucial components which have a positive impact for us.

"It's great news to have him back on board and firing on all cylinders once again."

Corica re-signed for a further two years himself on Thursday, and since then the club has confirmed the departures of 12 players, including star striker Kosta Barbarouses. 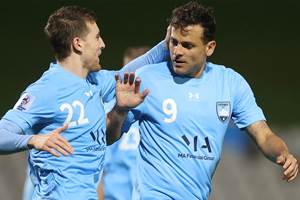 Sydney FC have started their A-League side rebuilding stage by announcing the departure of several players.

The futures of key players such as captain Alex Wilkinson and Milos Ninkovic are yet to be announced, but English forward Adam Le Fondre still has one more year remaining on his contract. 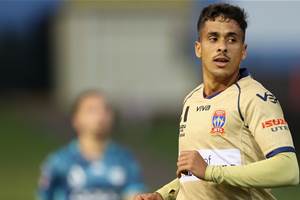 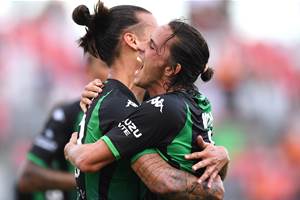 Western United trail Melbourne Victory 1-0 after the first leg of their A-League Men semi-final but coach John Aloisi is confident they can turn the tables.