Sydney FC will finish their Asian Champions League group stage without the leadership of their captain. Their first must win-game is to take place early in the hours of Friday morning.

Head coach Steve Corica has confirmed that Sydney FC captain Alex Wilkinson has had to return home to Australia to receive treatment, with the A-League side still having two Champions League group stage games left.  The Sky Blues could also be without Rhyan Grant in their first match.

More Australian football news can be found on FTBL.Sydney announced Will

It will be a tough route for Sydney FC who are still hoping to exit the Group stage of this year's Asian Champions League.  Currently sitting last in Group H on two points, having drawn twice and lost two matches, the A-League side must win their last two games to have a chance at finishing second.

Even if they do manage to pull off two wins it may not be enough.  Group leaders Yokohama have already secured a possible or automatic pass to the next round, having amassed nine points, while second place Jeonbuk have eight points.  Any extra points picked up by Jeonbuk would disqualify Sydney.

This fact did not dissuade head coach Steve Corica's belief that his side can make it through.

“So far we’ve been under-performing so the players know how important the last two matches are, if we want to have a chance at finishing second," said Corica to Sydney FC.

“It’s all about tightening up defensively and we also need to start scoring goals when the opportunities come.

“We speak about it all the time and there aren’t many opportunities in games so we need to make the most of them.

“With Jeonbuk only drawing their last game against Hoang it’s an important game for us to win to have a chance of finishing second in the group.

“It gives us an opportunity to try and finish second and we know if we win both games and Jeonbuk lose both games then we can do that.”

Corica and his side will have to try to achieve this uphill battle without the leadership of captain Alex Wilkinson and young midfielder Corey Hollman.  Both players flew back to Australia earlier this week after picking up injuries.

“Wilko was injured in the game against the Japanese and won’t play again in this tournament so we’ll send him home to get scans and see what happens from there," stated Corica.

“It’s a possible fracture but we will wait and see what the scan results say and we’ll try and get him right for the last two games of the season if the scans go well.”

Sydney specified that Hollman's return was due to a groin issue.

𝑮𝒂𝒎𝒆 𝑫𝒂𝒚! | Three points is a MUST tonight in our return fixture with Jeonbuk.

Just over 11 hours to go. Stay up with us and watch via 10play and Paramount+, and of course follow along on our Twitter feed for match updates!#SYDvJEO #ACL2022 #SydneyIsSkyBlue pic.twitter.com/bzUzaKoxny

Sydney played Jeonbuk in matchday 1 of their group stage and held the South Korean side to a 0-0 draw. The Sky Blues' last group match is schedule for Sunday evening facing Hoàng Anh Gia Lai who also drew Sydney, with the score finishing 1-1 on matchday 2. 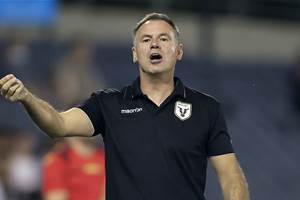 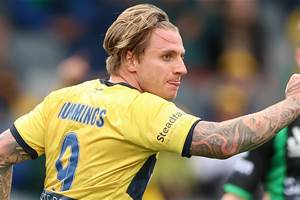