A star-studded FC Barcelona side have landed in Sydney and while they are here for a fly-in, fly-out game against the A-League All Stars, manager Xavi says he isn't using the game as an end-of-season holiday.

Barca play a team coached by Dwight Yorke on Wednesday night at Accor Stadium, where the attendance is expected to break the record for a crowd in Sydney after the pandemic.

Only a handful of first-team regulars are unavailable for Xavi and the likes of Memphis Depay, Dani Alves, Marc-Andre ter Stegen and wonderkid Ansu Fati are expected to line up for a rebuilding Barca side.

First time for the team in Sydney, not for Xavi... 🔙💭 pic.twitter.com/whOwkhjufy

While the All Stars has been revived for the first time since 2014, Xavi is on a resurrection mission of his own, aiming to return Barca to the glories of when he was running the midfield and success came as second nature.

Trips like this 48-hour stop in Sydney - their first to Australia - are crucial for maintaining the mystique of the club's "Mes Que Un Club" (more than a club) motto and improving its frighteningly ugly bottom line.

A bloated wage bill led to the exit of arguably the greatest player of all time, Lionel Messi, after years of imprudent spending and financial mismanagement caught up with the club.

Last year's accounts showed Barca made a loss of EUR481million ($A725m). COVID-19 and an inability to travel hasn't helped their cause.

On the field, the Catalan giants haven't won La Liga since the 2018-19 season and their last Champions League title was back in the 2014-15 campaign.

This season they entered Europe's second-tier competition, the Europa League, for the first time in 16 years and finished 13 points adrift of Real Madrid on the domestic front.

"Everybody must understand we are a big club, in my opinion, we are the biggest club in the world, so it is not only the result but the image (which is important)," Xavi said after arriving on Tuesday.

"We are here representing Barcelona and we will show our best level here in Australia so we must project the best image.

"Barca is universal and we have many fans around the world, we are here for them."

Yorke's side, who will be captained by Western Sydney's Jack Rodwell, will be pitted against Barca wearing white with gold trim in a subtle nod to the tourists' fierce rivalry with Real Madrid.

🤩 The squad in Sydney! pic.twitter.com/IPEzRlHHEV

Over 60,000 fans are due in Sydney - more than double the amount expected for this weekend's A-League Men's final - and Melbourne Victory defender Jason Davidson was hopeful that would be a catalyst for better exposure for the domestic game.

"We have the opportunity to win some of those fans over and showcase what the A-League is all about," he said.

"It's an opportunity to show the local talent we have in the country." 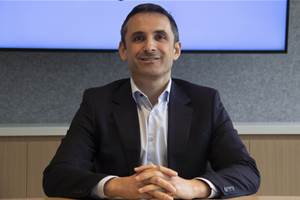