Colour and excitement of the tenth "Sydney Derby". 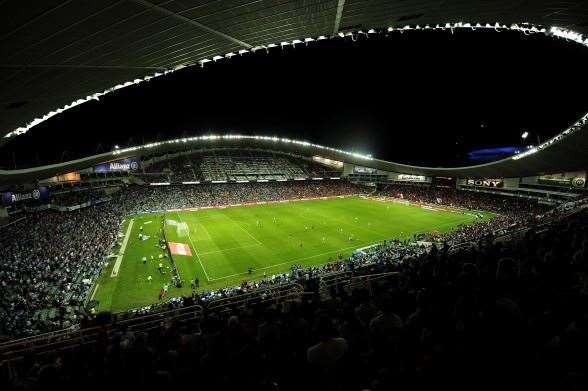 Another full house is expected at Allianz Stadium. (Photo by Getty Images)

The Sydney Derby’s roots go way beyond the first-ever meeting between Sydney FC and the Western Sydney Wanderers back in 2012.

They stem from years of historical, geographical and cultural divide between Sydney’s West and Sydney’s East.

The old stereotype of blue vs white-collared workers, the businessmen vs the tradies, shows that the Sydney Derby isn’t just four seasons old, but has been around for generations.

The rivalry runs deep; it divides families and friends into two separate factions, where what happens on the field effects what transpires in everyone’s individual lives.

The Sydney Derby isn’t just a spectacle for the A-League, but one where sporting fans sit down and pay attention.

It has become one of the most notable fixtures on the Australian sporting calendar ... and the tenth Sydney Derby won’t disappoint. 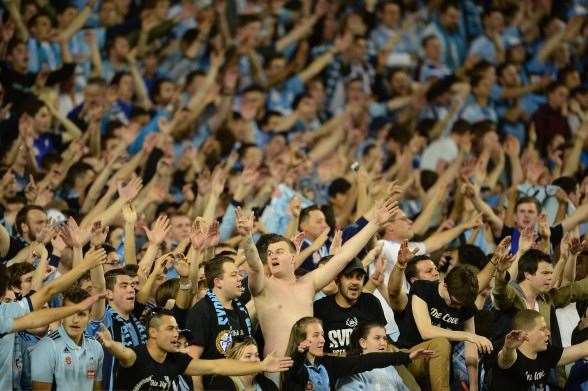 Sydney FC - The Cove in action. (Photo by Getty Images)

Both sides have enjoyed a steady start to the new A-League season, but only Sydney FC have a win to their name.

After finishing second in the last campaign, Graham Arnold brought in new stars to replace the players that left over the off-season.

It’s still too early to judge the teams across the A-League, and that’s certainly the case for the Western Sydney Wanderers.

After a mass clear-out over the winter, Tony Popovic has a new squad and a new style of football. Even though the Wanderers haven’t won a game in their opening two, the side has shown positive signs for the rest of the season. 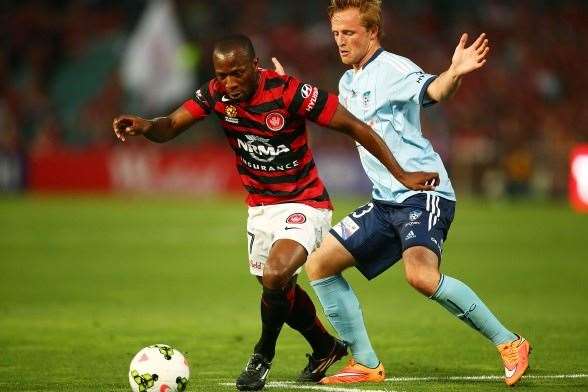 Flyer Romeo Castelen will need to help steer his side to end their winless streak against their rivals. (Photo by Getty Images)

The tussle on the wings will be crucial, especially after Castelen’s performance last week. The former Dutch international has been like a new signing for the Wanderers, and Grant will have to be on his game to contain the little flyer.

One of the A-League’s deadliest strikers will enjoy a great battle against the Wanderers’ captain. Smeltz, though, has been in the headlines all week for the wrong reasons after the incident involving Newcastle Jets’ goalkeeper Mark Birighitti, which left the glovesman with 30 stitches and four broken teeth.

The surprise packet so far for Sydney FC has been youngster Brandon O’Neill. After losing Rostyn Griffiths and struggling to replace him, Perth Glory would be kicking themselves after letting their local product head east. O’Neill’s performance has kept experienced midfielder Mikael Tavares on the bench, but he will have to reach another level to succeed against former team-mate Mitch Nichols. The two-time premiership winner has showed glimpses of his old form at Brisbane Roar. The creative midfielder will not only be key in winning the derby for the Wanderers, but also key for any hopes of future success.

The Sky Blue’s skipper got his team home last weekend away at Newcastle. The future Sydney Hall of Famer has been a key part of Graham Arnold’s plans since returning to the Habour City. Dimas, one of the new recruits for the Wanderers, will have to shut down and control the former Socceroo in what could be a baptism of fire if he doesn’t. 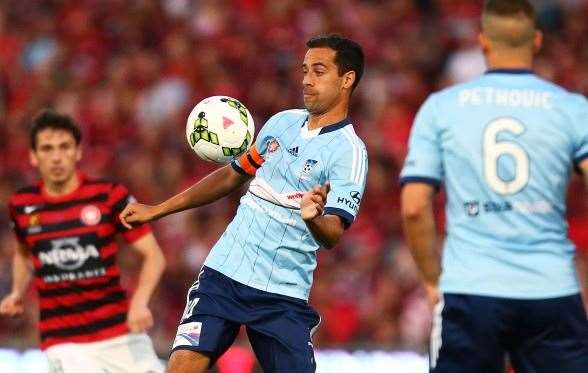 The colour, the emotion and the atmosphere is why this match has become a must-see event. With constant sellouts and a lot of fans missing out, has this derby become too big for the 45,000-seated Allianz Stadium?

Sydney FC’s "The Cove" chanting against the Wanderers’ RBB is a spectacle in itself. With a battle on the pitch, the battle in the stands is just as impressive and rivals the best atmospheres in international sport. 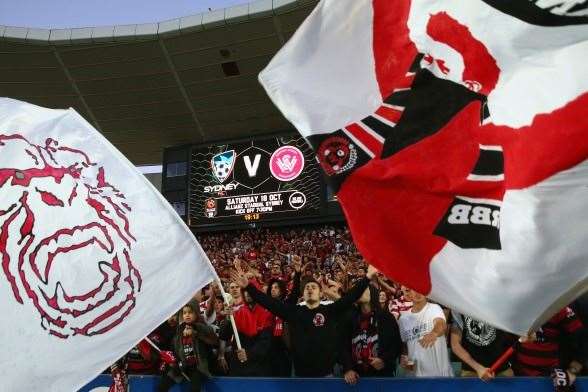 Whether it’s Alessandro Del Piero’s tongue wagging, Shinji Ono’s acrobats, Iacopo La Rocca’s elbow to Terry Antonis’ head, thrilling comebacks or the one that fell short, the A-League's Sydney Derby may be only four seasons old, but every Sydney-sider has been a part of it since they were born. 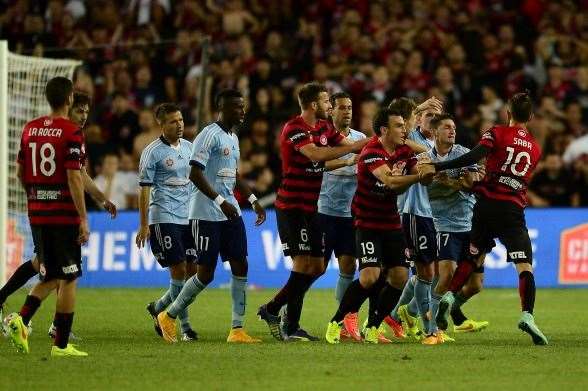 The Sydney Derby is always a fiery encounter. (Photo by Getty Images)