Ange Postecoglou and his Yokohamo F Marinos side all but handed the J1 League title back to Kawasaki Frontale on Wednesday, while it was a better night for Thomas Deng in his triumphant return to the Urawa Reds starting XI.

Despite most major leagues not playing this week due to the international break, a handful of games in Japan still went ahead, with Postecoglou and Deng both featuring.

The former took his 2019 title-winning side to the home of this year’s champions-elect, where two late goals put Kawasaki Frontale within a point of regaining the Japanese league championship.

Kenyan-born Socceroo Deng, meanwhile, featured for Urawa Red Diamonds for the first time since the start of last month.

And it was a winning return too, with the defender helping his side record a 1-0 win over Vissel Kobe to move up to eighth in the league.

Last November, Postecoglou’s Yokohama F Marinos put themselves on the verge of wrestling the J1 League title away from Kawasaki Frontale with a 4-1 win in the reigning champions’ own back yard.

This year, though, the roles were reversed.

Marinos again travelled to Kawasaki, this time as the ones with the trophy in their cabinet, but would suffer a defeat that put the home side within touching distance of regaining the title for a third championship in four years.

Postecoglou had made seven changes to the starting line-up which recorded a 6-2 win over, incidentally, Thomas Deng’s Urawa Reds at the weekend.

But the Greek-born Australian’s game plan took a hit when one of those incoming players, goalkeeper Yohei Takaoka, was sent off just before half-time for a deliberate handball just outside his box.

The runaway league leaders were unable to capitalise right away but did take the lead early in the second half, only for Shinnosuke Hatanaka to equalise for the Marinos.

GOALLLLL! They've only got 10 men but @prompt_fmarinos are level against the league leaders!

But goals in the 90th and 95th minutes sealed an agonising victory that proved something of a passing of the torch moment for champions-elect Kawasaki Frontale.

Speaking to Optus Sport after the game, Postecoglou cited the sending off as a turning point in the tie.

“It was a good game until the red card and obviously they had the extra man,” he said.

“But we still tried to play our football and we were working hard, and we had some good chances to get another goal but in the end, they got on top of us in the last few minutes.

“But the players worked hard and they did all that they could.”

It was a much better night for fellow Aussie Thomas Deng, some 500km away in Kobe.

The defender had not played for Urawa Red Diamonds since a sending off against Nagoya Grampus on October 4, missing the next three games due to suspension and then sitting out as an unused substitute in the following four league games.

But on Wednesday he was back in the thick of it against Vissel Kobe and almost made a major impact for his side at the start of the second period.

Rising highest to meet a Quenten Martinus corner in the 48th minute, Deng headed narrowly wide, coming within a whisker of what would have been his second goal of the season.

Despite the miss, Deng’s side was able to take a brilliant 83rd minute lead when Martinus volleyed home a deep cross from Ryosuke Yamanaka to secure three points which lift the Reds into eight place – just two points behind Postecoglou’s Marinos and with a number of games in hand.

Next up for Urawa is a home tie with Gamba Osaka on Sunday.

Yokohama F Marinos, meanwhile, now has a month off and don’t play until the final weekend of the season when they face Yokohama FC in the second city derby. 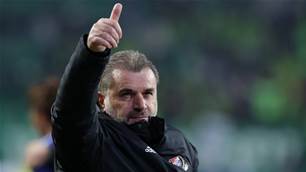 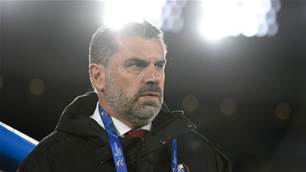 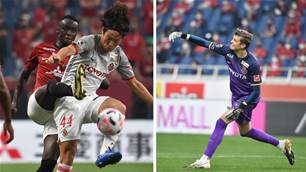