Fringe Socceroo Adam Taggart has exited Brisbane Roar after he was snapped up by an Asian club, believed to be in the K-League.

Suwon Bluewings have been tipped to have won the race for the striker who was in the running for this season's A-League Golden Boot despite Brisbane Roar's dismal season.

But now he has been freed by Roar to join his new club, subject to a medical.

“I'd like to take this opportunity to thank the club, players, coaches and fans for their support during my time at BRFC," Taggart added.

"I'm confident that the club can turn things around and have more success in the future."

A club statement added: "Brisbane Roar can confirm it has agreed to terms with an Asian club for the transfer of striker Adam Taggart, subject to a medical clearance.

"BRFC has agreed to the transfer of 25-year-old Adam Taggart for an undisclosed fee and subject to final terms of a transfer agreement being met."

"Adam has been a good servant for Brisbane Roar since his arrival and we wish him well with the next step in his career,” said Roar CEO David Pourre. 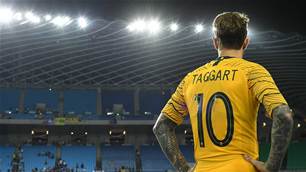 'It's a little bit disappointing to see...' – Taggart's thoughts with A-League players 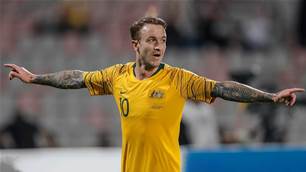