The spectre of Ufuk Talay is looming over auditioning Western Sydney Wanderers coach Mark Rudan, with the Wellington Phoenix mentor expected to take charge at Wanderland next season unless there’s a huge A-League turn-around in the ailing club’s fortunes.

After a less than promising start to his short-term tenure, ex-Wellington and Western United boss Rudan needs to work a minor miracle in the 16 remaining regular season A-League Men games to avoid becoming the fifth Wanderers coaching casualty in five years.

Talay lined up if Rudan fails

Two defeats from his opening three games isn’t the impact the former Sydney FC skipper had in mind, with his well-worn hard-line approach failing - thus far - to resonate with a dysfunctional Wanderers squad.

A first-up 1-0 win over Perth Glory has been followed by home defeats against Western United (1-0) and defending champions Melbourne City (3-1).

If Rudan is unable to light a fire under 10th placed Wanderers, starting with Wednesday’s visit of Melbourne Victory, it will only harden the club’s resolve to install former Sydney FC assistant Talay as the long-term fix..

Once a teammate of Rudan's with the Sky Blues, Talay - contracted with Wellington until mid-2023 - was linked the Victory job before Tony Popovic took charge.

He has won admirers not only for the Nix’s refreshing attacking approach but also chiselling out results over the Covid-scarred past two years, despite displaced Wellington being turned into the nomads of the competition.

Wellington missed out on the finals last season by a point and currently sit seventh - a point behind Macarthur in the play-off race, having won three of their last five. 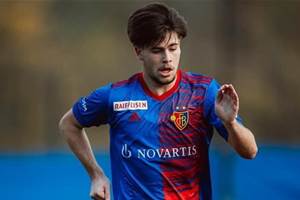 Son of Socceroos legend wants to play for Switzerland 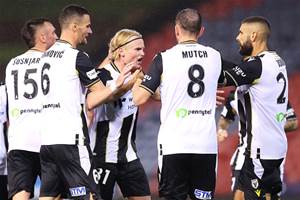 The Bull's Lachlan Rose won the A-League Men's Goal of the Week for the first week of the February Football Frenzy.