Newcastle-born former A-League defender Taylor Regan recalls the hype in his hometown when David Beckham’s LA Galaxy faced the Jets in 2010  - but he also remembers an unusual request from the English sports icon.

On the back of a wildly successful Sydney friendly in 2007, Galaxy ended their MLS season with another trip to Australia in November 2010

For a few days, the popular surf spot north of Sydney rode the Beckham mania wave ahead of the glamour Saturday night fixture at a sold-out Hunter Stadium.

Met by then NSW Premier Kristina Keneally, the MLS outfit were feted by the good and great of Sydney and Newcastle's glitterati.

And for a raw 21-year-old like Regan - in his debut season with the Jets after transitioning from mixing cement for a living to professional football - it was all an eye-opener. 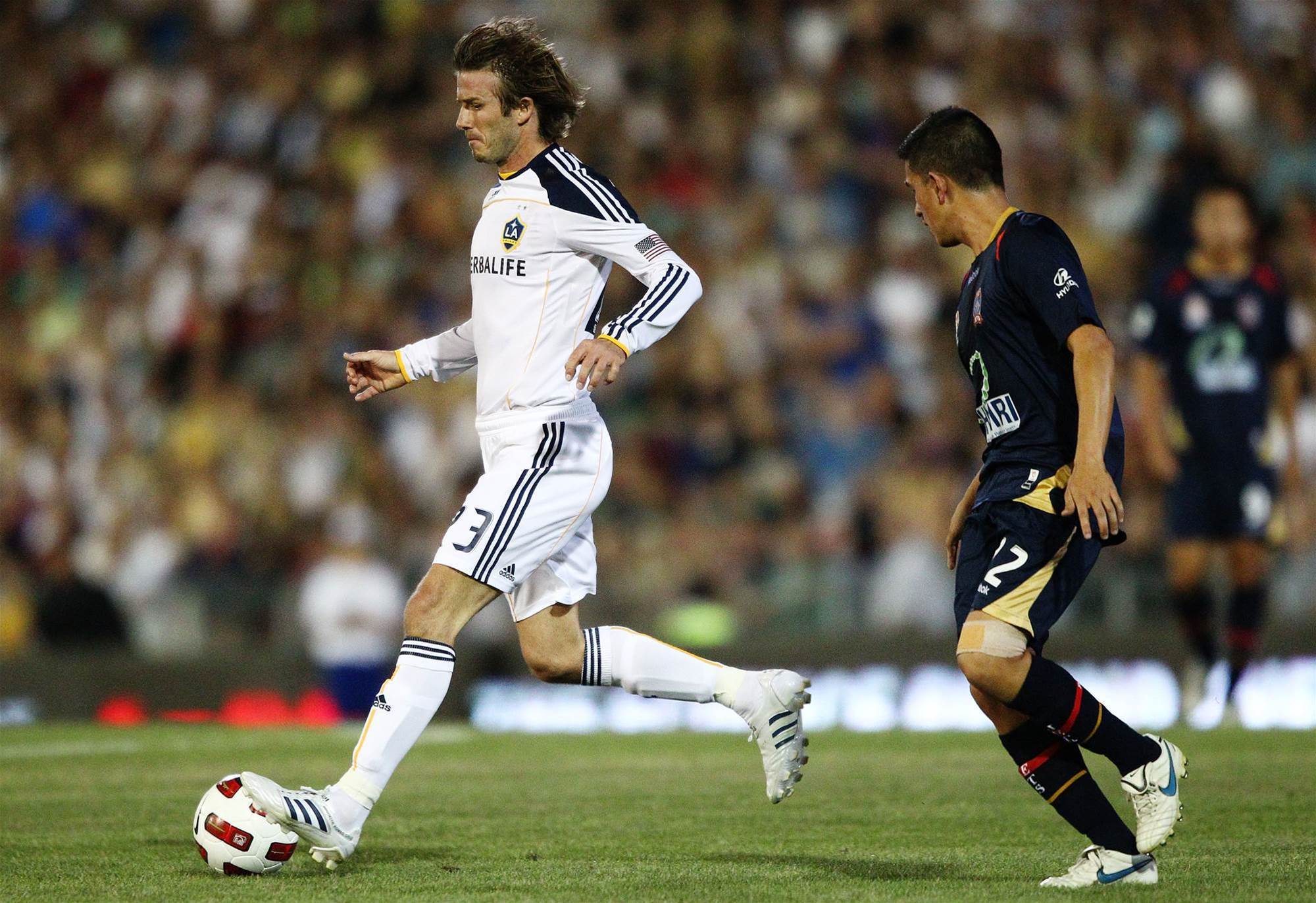 However, surprisingly, Beckham asked the young Jet to do him a small favour out on the park, as Regan explained to FTBL.

“And Beckham explained to me he had a teammate he didn’t really like.

“And he asked me personally to try to wind up an LA Galaxy teammate of his during the game. I still remember that.

“I won’t mention the teammate of Beckham, but I tried once early in the game and he ripped me! He left me on halfway looking like an idiot.

“So I didn’t try and get him again," Regan said from his base in Kuala Lumpur, where he plays for Selangor.

Landon Donovan opened the scoring early, getting in between Regan and the Jets keeper to put the visitors a goal up.

The hosts equalised with a poacher’s goal from Sash Petrovski before Labinot Haliti slammed home the winner for the hosts in the second half to register a 2-1 victory.

Beckham, who picked up a groin strain in the MLS two weeks earlier, battled on after a back injury slowed him down early in the game.

But it didn’t detract from an epic night, later awarded the Hunter's Best Sporting Event of 2010 and one which generated $1million in ticket and corporate sales.

“For me, it was very early in my career that Beckham game. And I probably took it for granted with some of the names out there on the pitch,” added Regan, a former ball-boy for Newcastle Breakers.

“I still remember my interview before the game with FTBL very well,” Regan added.

“It was an amazing experience with arguably one of the biggest personalities in the world in David Beckham.

“When we were out there, it felt like they were on a bit of a holiday, to be honest.

"It was the end of their season and I don’t think Beckham took it as seriously as what he would have a league game for points.

“But every time Beckham got the ball the crowd went crazy.

Regan was interviewed before the game by FTBL

“And I also remember Nikolai Topor Stanley my centre back partner that night went to pass a ball and it went through Beckham’s legs.

“And there’s Nikolai looking at me with this expression of shock, miming he’d just nutmegged David Beckham!

“And we just started laughing."